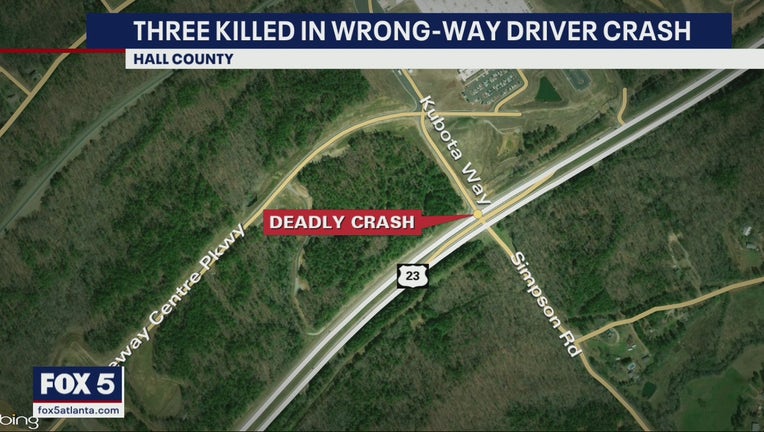 HALL COUNTY, Ga. - Two adults and a young child were killed in a head-on crash on a busy Hall County roadway over the weekend, the sheriff’s office said.

Daney Nava, 27, of Lilburn, was driving south a 2013 Volkswagen Jetta in the northbound lanes of Georgia Highway 365 around 12:30 a.m. Sunday, deputies said when it hit a 2015 Jeep Patriot Sport heading north, just south of Kubota Way. The Patriot flipped on its side and caught fire.

Nava and her passenger, 8-year-old Darnell Fernando Fidencio, were killed in the wreck deputies said.

The driver of the Patriot, 23-year-old Kristen Nicole Mitchell, was also killed.

A 2006 Chevrolet Tahoe C1500 struck some of the debris left in the roadway by the crash, but there were no injuries.

The roadway was closed for about four hours while crews investigated and worked to clear the scene.