Grayson defeated Shiloh, 75-64 for the region crown on a re-scheduled game Monday night.

Weather over the weekend delayed some region championship games, including the Region 8-AAAAAAA championship between the top two teams in the state: No. 1 Grayson and No. 2 Shiloh.

Shiloh's only two blemishes on the season were losses to Grayson, and the Generals hoped the third time would be the charm against the Rams.

However, the Rams pulled away in the third quarter, in large part due to Caleb Murphy's game-high 24 points. 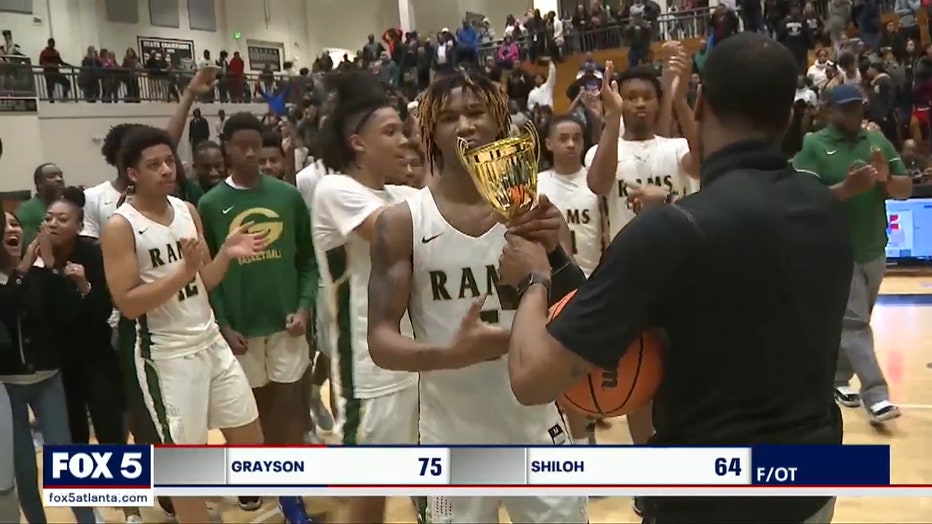 Grayson takes the Region 8-AAAAAAA crown with a 75-64 win over Shiloh.