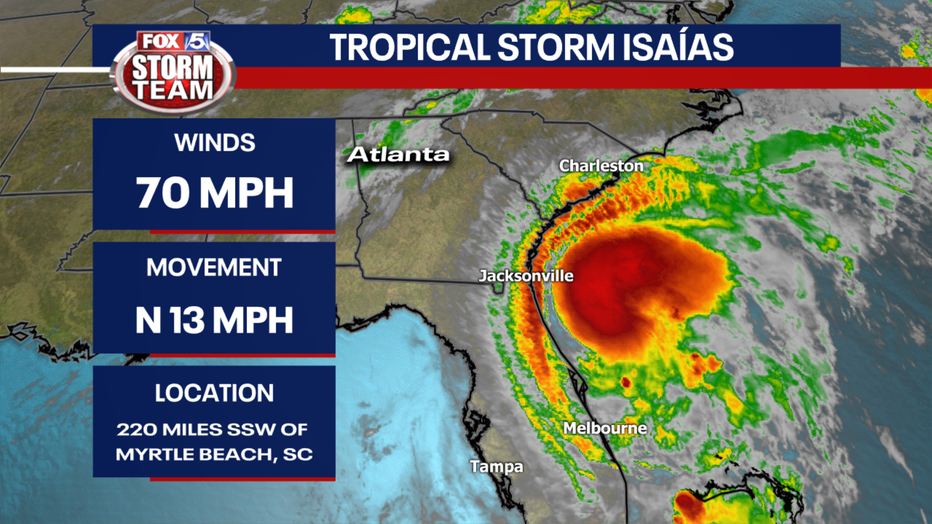 As of Monday morning, the Tropical Storm Warning was in place from the Flagler/Volusia county line in Florida to the South Santee River in South Carolina. A Hurricane Warning is posted from the South Santee River, SC to Surf City, NC as Isaias is expected to strengthen into a category 1 hurricane with winds slightly stronger than the current 70 mph maximum sustained winds. 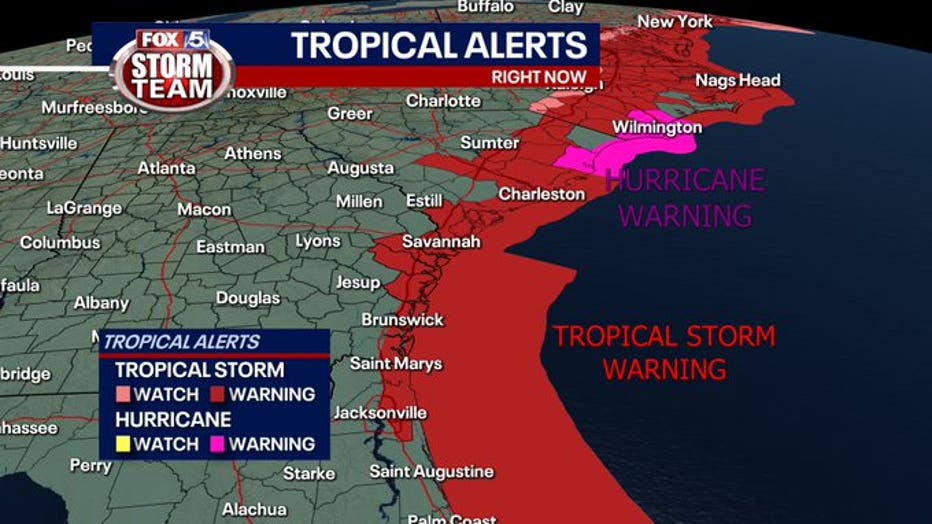 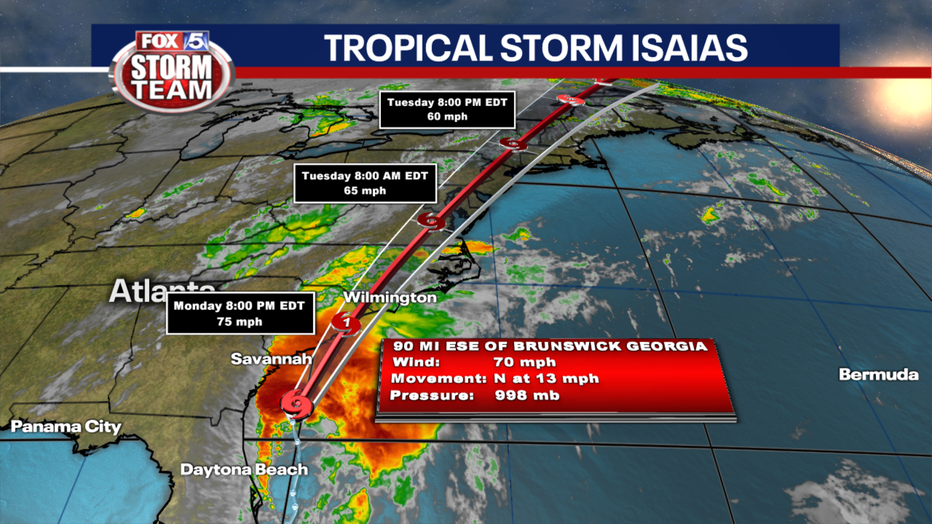 Only minor strengthening is necessary to bring it onshore along the SC/NC coasts in the next 24 hours as a hurricane.

Isaias has maximum sustained winds of  70 mph Monday morning, the U.S. National Hurricane Center in Miami said. The storm was centered about 250 miles SSW of Myrtle Beach, SC, and is moving north at 13 mph.

The tropical storm is expected to ride along the east coast of Florida and make a close pass to the Georgia coast. This means that the Georgia coast will experience dangerous rip currents and high seas the next couple of days. 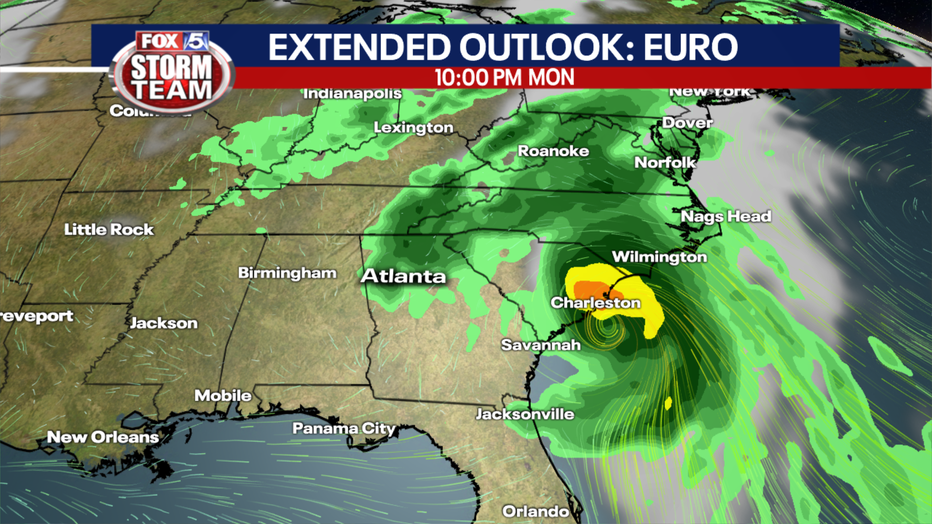 Since Isaías won't make landfall along the Georgia coast, that will limit the amount of wind, flooding, and storm surge in that area. 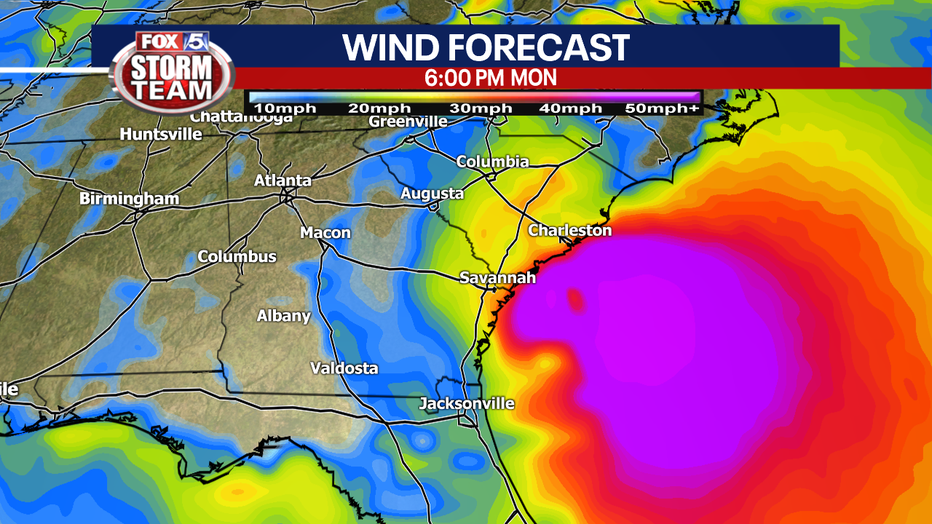 MORE: Georgians urged to stay vigiliant, prepare ahead of Isaias 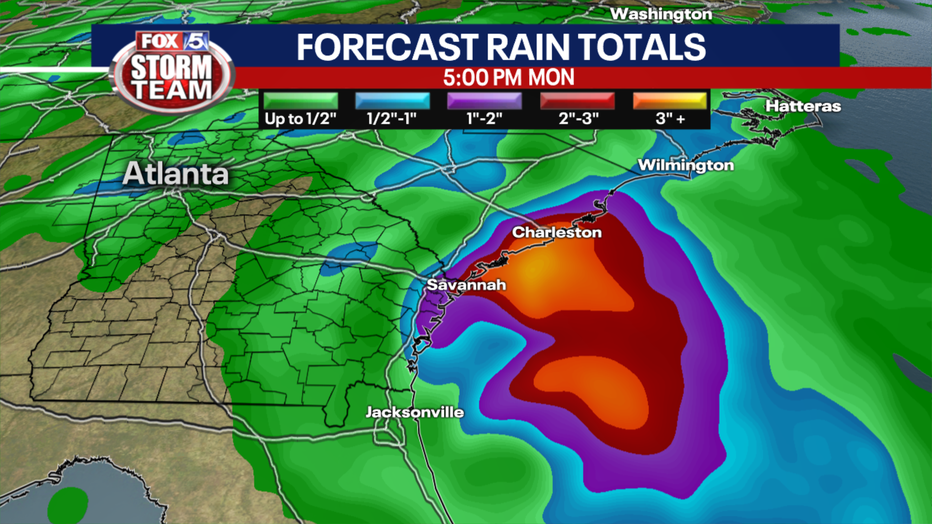 Here in north Georgia, we are in between Isaias offshore and a cold front approaching from the northwest. The approaching front will help fire up numerous showers and storms throughout the day. By afternoon, some of those storms could be severe with damaging wind gusts. 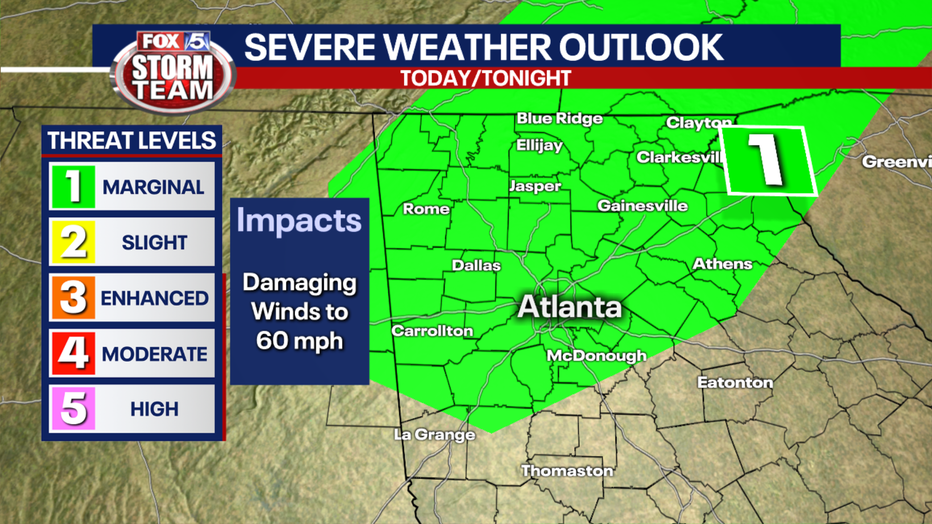 The FOX 5 Storm Team will continue to post updates on the new information for Isaías on social media all weekend long.