ATLANTA - A tropical storm that made landfall east of Georgia will bring some heavy rain on Tuesday morning in metro Atlanta.

Tropical Storm Danny made landfall north of Hilton Head, South Carolina, on Monday and was making its way toward Georgia. 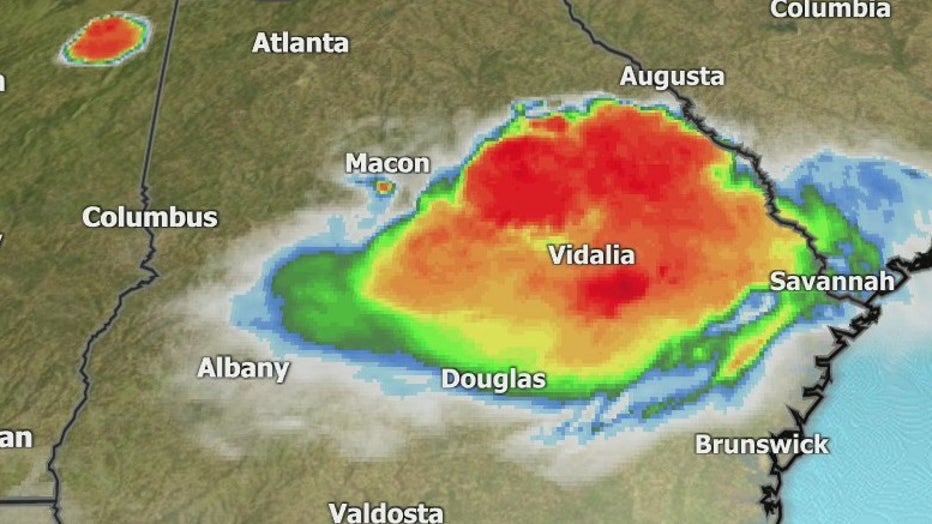 Heavy rain made its way through east and south Georgia on Monday evening.

On Monday evening, heavy rainfall was making its way toward Eatonton and southwest toward Macon.

The heavy rain will have left the state to the west or dissipated by Tuesday afternoon.