ATLANTA - Flooding is now the main concern as heavy rain continues to fall across north Georgia. Parts of metro Atlanta are under a Flash Flood Warning.

A Tornado Warning was issued just after 4:15 p.m. for Upson, Crawford, and Taylor counties. That warning was allowed to expire, but radar indicated a tornado was possible. The National Weather Service has not confirmed a tornado touched down or that it caused any damage.

There is a "marginal" threat from severe weather in the metro Atlanta area and farther south and east. 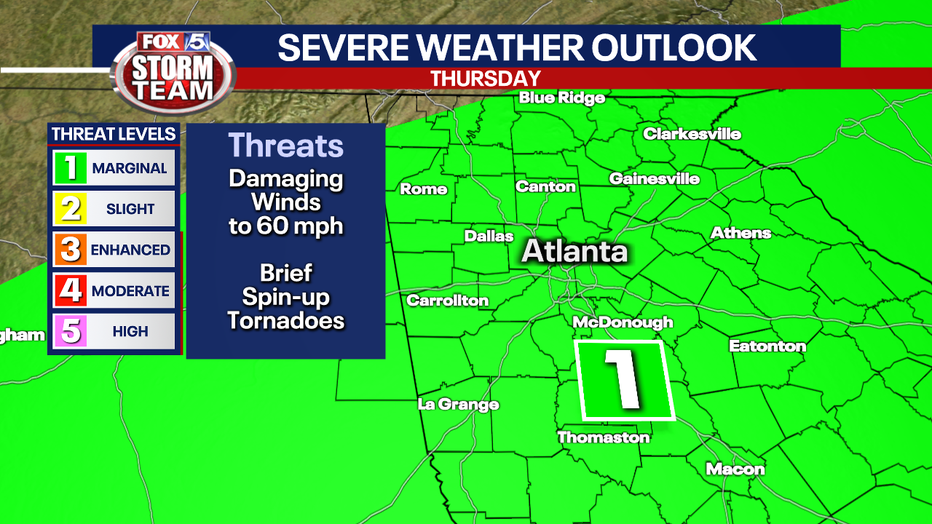 The FOX 5 Storm Team said it has been a while since metro Atlanta has been under a storm threat for three consecutive days and likely the first time this has happened in December. 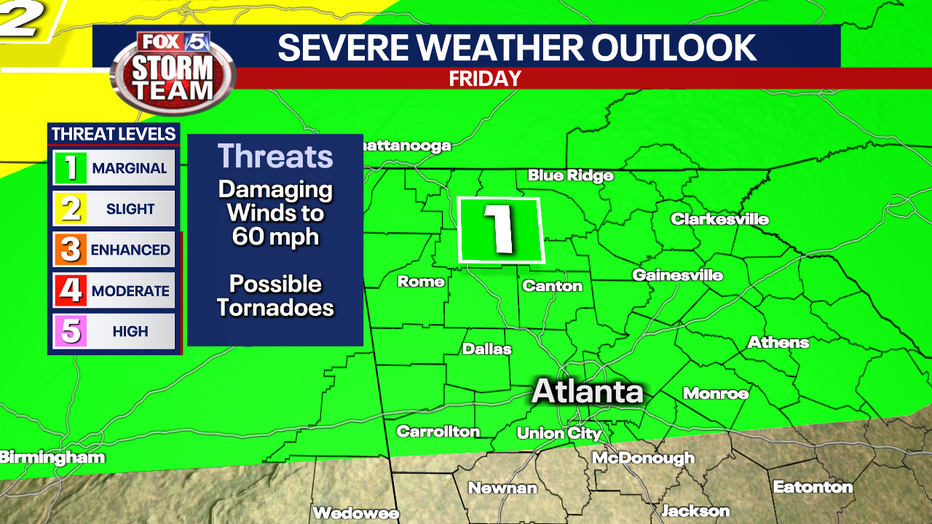 Friday, another storm threat could impact New Year's Eve plans for those looking to be outdoors to celebrate. The timing and intensity of this line of storms are still in flux.

WHAT IS A "SQUALL" AND WHY IS IT DANGEROUS TO DRIVERS

The greatest threat will be damaging winds and a risk of a quick spin-up tornado.

Temperatures will be near records into the weekend before a chill returns late Sunday and into Monday.

As the cold air rushes in on Sunday night, a few snow flurries are possible.