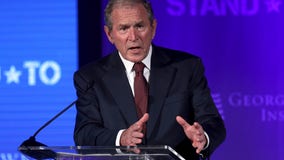 Former President George W. Bush weighed in on the death of George Floyd with a lengthy statement issued on Tuesday, saying he and former first lady Laura Bush “are anguished by the brutal suffocation” of Floyd, who died during an encounter with Minneapolis police May 25. 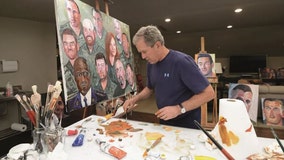 A collection of art featuring the portraits of men and women who served the United States armed forces in a post 9/11 world will be on display at the Kennedy Center in Washington, D.C., this month through Nov. 15, 2019, by a veteran himself, Former president, George W. Bush.