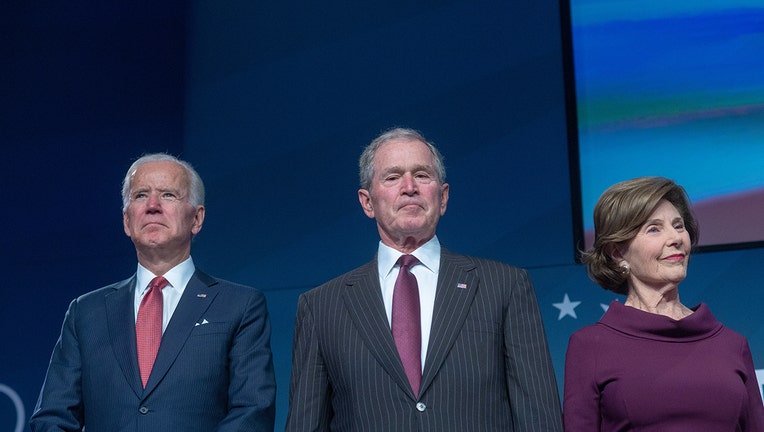 "I just talked to the President-elect of the United States, Joe Biden," Bush said in a statement. "I extended my warm congratulations and thanked him for the patriotic message he delivered last night."

Bush said he also called Kamala Harris to congratulate her on her historic election to the vice presidency.

“Though we have political differences, I know Joe Biden to be a good man, who has won his opportunity to lead and unify our country. The President-elect reiterated that while he ran as a Democrat, he will govern for all Americans. I offered him the same thing I offered Presidents Trump and Obama: my prayers for his success, and my pledge to help in any way I can.”

Bush said now is the time when “we must come together for the sake of our families and neighbors, and for our nation and its future.”

Bush also congratulated President Donald Trump and his supporters on their ‘hard-fought campaign.’

RELATED: Who won the election? Joe Biden projected as winner of 2020 presidential race after claiming Pennsylvania

“He [Trump] earned the votes of more than 70 million Americans – an extraordinary political achievement. They have spoken, and their voices will continue to be heard through elected Republicans at every level of government,” Bush noted.

“We urge all Americans to join us in wishing our next President and Vice President well as they prepare to take up their important duties,” Bush wrote.

Jeb Bush, son of George H. W. Bush, also weighed in on Biden and Harris' win, tweeting that he would be "praying for you and your success."

Biden won the battleground state of Pennsylvania by a thin margin after a protracted vote count, flipping another key state that voted for Trump in the 2016 election.

As Trump refuses to concede, his campaign has countered with its own statement, calling the election “far from over.”

“We all know why Joe Biden is rushing to falsely pose as the winner, and why his media allies are trying so hard to help him: they don’t want the truth to be exposed. The simple fact is this election is far from over. Joe Biden has not been certified as the winner of any states, let alone any of the highly contested states headed for mandatory recounts, or states where our campaign has valid and legitimate legal challenges that could determine the ultimate victor. In Pennsylvania, for example, our legal observers were not permitted meaningful access to watch the counting process. Legal votes decide who is president, not the news media,” the Trump campaign wrote.

“No matter how you voted, your vote counted. President Trump has the right to request recounts and pursue legal challenges, and any unresolved issues will be properly adjudicated. The American people can have confidence that this election was fundamentally fair, its integrity will be upheld, and its outcome is clear,” Bush wrote.