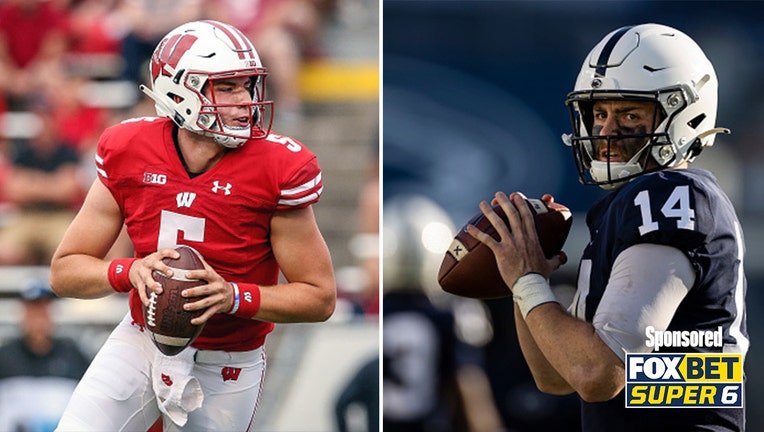 For just about everyone not named Alabama, the 2020 college football season was one that was easy to forget.

Shortened schedules. Empty stadiums. COVID-19 outbreaks. All of them made for less than optimal Saturdays in the fall.

For Penn State and Wisconsin, the 2020 campaign was one that felt like a huge letdown. The Nittany Lions struggled for the first time under James Franklin to get any kind of attack going, finishing 4-5, including losses to Indiana, Iowa, Maryland and Nebraska – four programs that the Lions traditionally beat.

The Badgers, meanwhile, finished 4-3 and had three games canceled due to COVID-19 outbreaks. A win over Wake Forest in the Duke Mayo Bowl did give some salvation, but the Badgers' goal of competing for a Big Ten title never got off the ground because they were ineligible due to a lack of games.

But 2021 starts everything fresh. And when "Big Noon" kicks off Saturday on FOX from Camp Randall, a heavyweight showdown of Big Ten powers from the East and the West will make for must-watch viewing in one of the marquee games of opening weekend.

Here are the six questions for Saturday’s game.

How will the first points of the game be scored?

In the last five games between these teams, the first score of the game has always been a touchdown. Three of those were by Wisconsin, which traditionally tries to establish its run game early. With Camp Randall rocking in the early going, don’t be surprised for a first-drive Badger score on the ground with Jalen Berger.

Who will have the most points scored at the half and how many will they have scored?

The options: Penn State, Wisconsin, Tie with a scoring scale going from 2 to 21+

Penn State was second in the Big Ten last year in total offense. That should mean something, right? Well, not exactly. They also had 17 turnovers in nine games last year. Still, the potential is there. On Saturday, Sean Clifford and company have to weather the early storm.

Who will have the most rushing yards and how many will they have?

The options: Penn State, Wisconsin, Tie with a scale of 0-276+ rushing yards

On paper, Penn State’s offensive line should be better. It will be fascinating to see what Baylor transfer John Lovett does behind it. Berger only played in four games in 2020 and Wisconsin’s traditionally strong offensive line suffered a bit with the mix and match.

Who will have the most passing yards and how many will they have?

The options: Penn State, Wisconsin, Tie with a scale of 0-351+ offense yards

Graham Mertz is the man for the Badgers and he turned into one of the best young quarterbacks in America last year. While Wisconsin’s identity has to be the running game – bad weather in Madison in November dictates that – Mertz can do everything else. And he has an edge on Clifford here.

Who will have the most total offense yards and how many will they have?

The options: Penn State, Wisconsin, Tie with a scale of 0-475+ offense yards

Again, don’t let the record fool you last year. Penn State’s enemy wasn’t that it couldn’t gain yards on offense. It was the fact it kept turning the ball over. If the Lions fall behind, they will find a way to put some serious numbers up.

Who will win and by how many points?

The options: Penn State or Wisconsin with margin of victory ranges

The Lions have won four straight games in this rivalry, which really only translates to an every other year matchup. Only one of those came at Camp Randall and that was in 2013 – back when the Lions seniors were in third and fourth grade. The Badgers have more on the line here, especially in national reputation and a claim to being somewhat close to Ohio State for the Big Ten’s best team.

Download the FOX Bet Super 6 app now to predict the outcomes of the biggest events in sports, and you could win thousands of dollars absolutely for free each and every week. Just download and play!