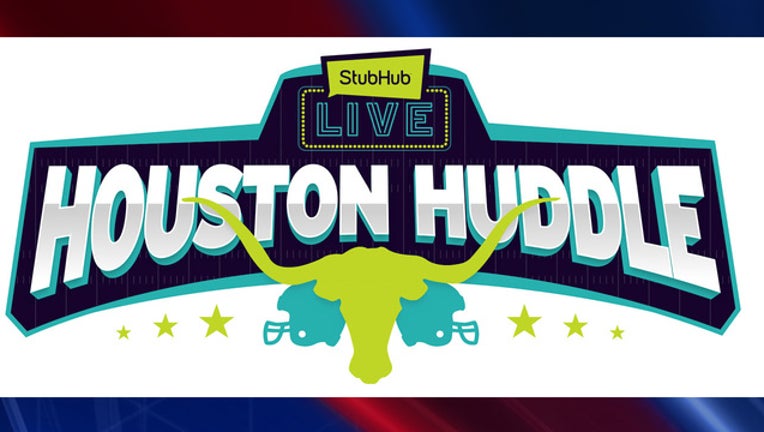 Complimentary food and drink from award-winning pit masters from Roegels BBQ, Southside Market & Barbeque and TinRoof BBQ will be featured along with St. Arnold and Karbach microbrews.

Anyone attending StubHub Live: Houston Huddle, which will serve as the only location for more than 5,000 fans to pick up their game tickets purchased on StubHub, can take advantage of free transportation to and from the event by taking a designated chartered bus from the METRO Fannin South Transit Center on 1604 West Bellfort Avenue in southwest Houston.