ATLANTA - With the recent passing of Braves Hall-of-Famer Phil Niekro, we also witnessed the passing of an era. A time when athletes were more accessible, when they might even invite a television reporter over to their house for an interview. Can you imagine any current professional franchise's public relations staff allowing-say-Freddie Freeman or Julio Jones to open thier homes up to an invasion of local media without some form of compensation or promotional mention in exchange?

Back in Niekro's day, superstar athletes didn't have layers of PR flacks blocking their access to media. They didn't have social media to connect with their fan bases. But even though big-name players lacked digital relationships with the adoring masses, athletes in the 70's seemed to relate to all of us on a more cellular level in the end.

Former FOX 5 sportscaster Bill Hartman has covered Atlanta sports for parts of six decades, and he remembers when Niekro was actually a part of his team.

"We all wanted to distinguish ourselves from the other television stations in Atlanta," Hartman said. "And I forget who came up with the concept- it wasn't me- but let's see if we can get athletes from the four major teams in Atlanta; we're talking the Hawks, the Flames, the Falcons and the Braves, who would be part of Channel 5 and they'd go out and do interviews and they would even sit on the set and anchor sports shows." 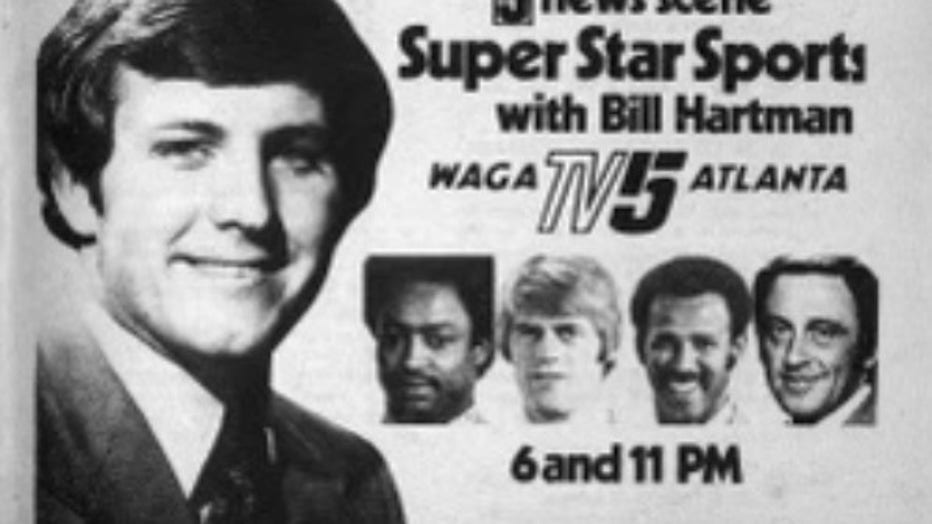 Bill Hartman and the Super Star Sports team in 1977

The concept was known as "Super Star Sports" and would be a part of TV5's promotional campaigns for four years beginning in 1977. The original Super Star Sports lineup featured Niekro, Flames forward Curt Bennett, Hawks All-Star Lou Hudson and Falcons wide receiver Alfred Jenkins. The cast of characters would eventually include professional runner Gayle Barron among others. 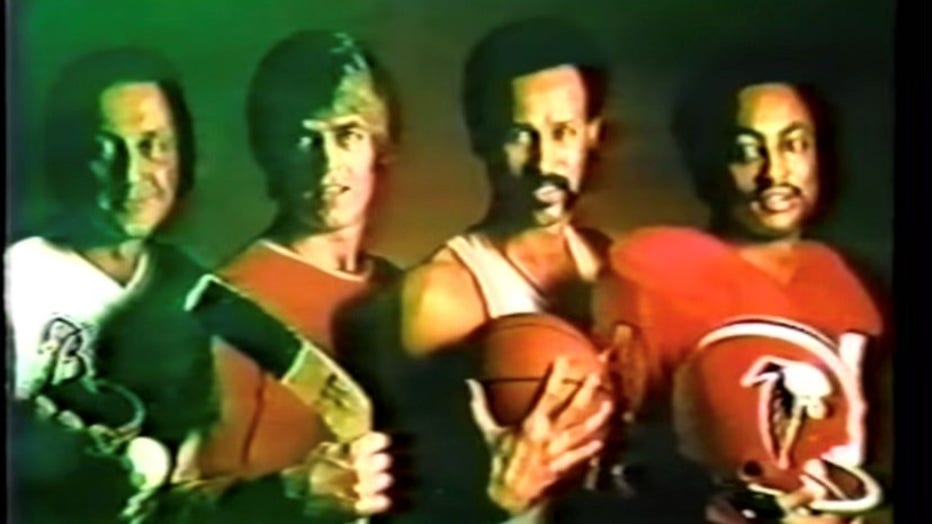 "They would interview other big name people. I mean golly, Phil Niekro interviewed Pete Rose live on camera an hour before they were going to face each other in a big game down at the stadium, " Hartman remembered. "But, Phil would also go and interview a little leaguer who must have been awstruck that Phil Niekro, the Braves star pitcher was interviewing him. Phil could get answers out of these people that I couldn't get."

Hartman said that in today's professional sports landscape, no one would operate on a handshake basis, which was the case with Super Star Sports.

"There would be lawyers and more lawyers figuring out what Channel 5 would have to pay to allow Alfred Jenkins to hold a Falcons helmet (in an advertisement) or Phil Niekro to wear a Braves uniform. That just couldn't be done now, nor do I think the athletes themselves would want to do something like that." 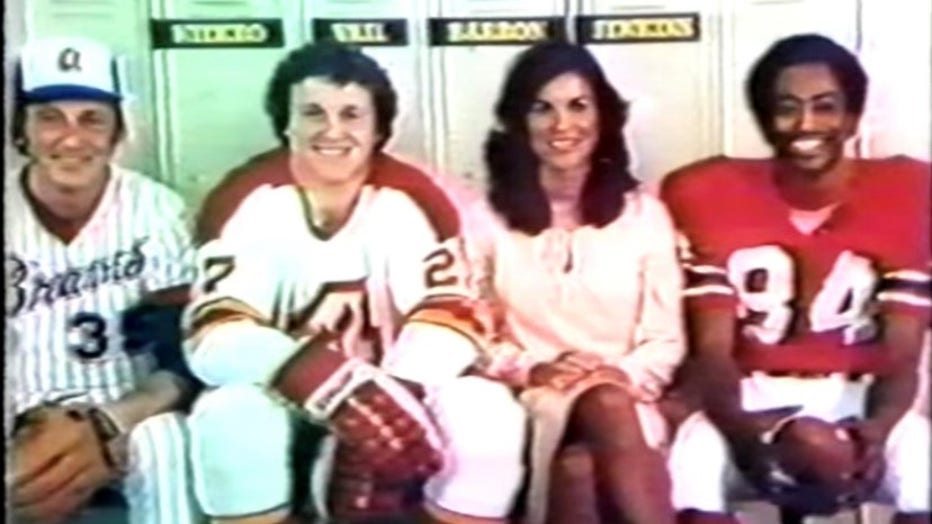 Hartman's relationship with the Super Star Sports team didn't preclude him from interviewing the stars when they made news. Sometimes, the interviews themselves would be newsmakers today.

"I remember one time going to Phil's house near Stone Mountain and we're sitting in his den and he says 'how about a beer'? I said sure," recalled Hartman. "He walks over and he's got a beer tap in his den and he pulls us a draft beer and we sit down and have a conversation with a beer that he just got out of his wall."

Sounds like a fine waiting to happen in 2020, but in reality it was business as usual for Hartman and many others like him back in the day- when disco was king, gasoline was scarce, and Knucksie was just a regular guy from Ohio who would eventually win over 300 games and end up in Cooperstown.