WASHINGTON - The Redskins hired Ron Rivera as their coach on Wednesday in owner Dan Snyder's latest step to try to turn around the wayward franchise. 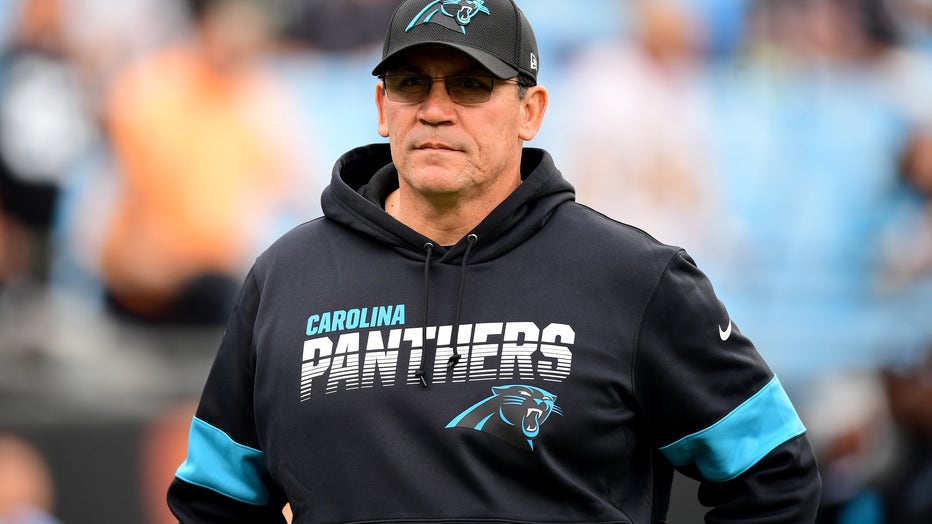 Washington announced the move two days after Snyder fired president Bruce Allen following a decade of futility. The former Carolina Panthers coach quickly emerged as the Redskins' top candidate and inherits a team that went 3-13 this season and hasn't made the playoffs since 2015.

“After several meetings with Coach Rivera, it was clear he is the right person to bring winning football back to Washington, D.C.," Snyder said in a statement. “He is widely respected around the league as a man of great integrity and has proven to be one of the finest coaches in the country.”

The 57-year-old of Mexican and Puerto Rican descent is the first minority to be named full-time coach in Redskins franchise history. Rivera is the seventh coach hired by Snyder in his two decades of ownership that have included just five playoff appearances.

Rivera spent the past nine seasons coaching the Panthers, taking them to the Super Bowl in 2015.

“He gets the best out of players,” said Redskins cornerback Josh Norman, who played for Rivera with Carolina. “And not just players, but men. He builds men and guys - and also builds character, and sets them up not just for football, but sets (them up) in life. I think that’s the first and foremost thing you want to see in anybody, that they actually care about you instead of the game itself.”

The Redskins are the first team that fired its coach this season to fill the position. Snyder zeroed in on Rivera, who flew to Washington on Monday to meet with him about the job.

“While I love the storied history of the franchise, I am focused on the future and excited for the opportunity to win football games with this talented young team,” Rivera said in a statement.

Rivera replaces interim coach Bill Callahan, a favorite of Allen, who was fired after going 62-97-1 during his 10 years with the organization.

Snyder and Allen fired Jay Gruden in October after a 0-5 start to his sixth season. Rivera was fired by the Panthers in December after starting 5-7.

Carolina made the playoffs four times during Rivera's tenure, including a 15-1 season in 2015.

“Those Panther teams were tough and physical,” said Redskins linebacker Ryan Kerrigan, the team's longest-tenured player. "Obviously they made the Super Bowl that one year. We played against them that year and they really were a damn good team that year. He’s always had a physical, tough bunch. I know that.”

Rivera previously was a defensive coordinator for the Bears and Chargers. He should boost a Redskins defense that underachieved and finished 27th out of 32 NFL teams.

“Just not consistent enough is the big word of the year," defensive lineman Jonathan Allen said. "We have a young group, young defense and, I mean, (the) only place from here is up, honestly.”

Norman, who had his only All-Pro season under Wilks, called him “the best guy for the job.”

Rivera goes from coaching Cam Newton with Carolina to younger quarterback Dwayne Haskins with Washington. Haskins, whom the Redskins selected 15th overall and goes into 2020 as the starter, met Rivera during the pre-draft process.

“He's a good dude,” Haskins said. "I heard a lot of good things about him. We'll see what happens.”