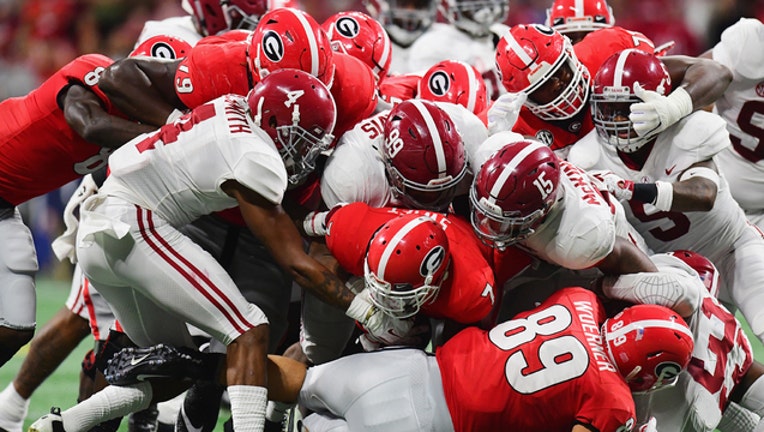 The College Football Playoff Committee declared Georgia No. 5 after the Bulldogs lost the Southeastern Conference championship game to the Crimson Tide. They were ranked over No. 6 Ohio State.

Georgia's case for a spot in the playoffs was boosted by their close loss to Alabama in Saturday's SEC Championship Game at Mercedes-Benz Stadium. The Bulldogs hung with the undefeated Crimson Tide until the 4th quarter. It was the closest game Alabama played all season.

Georgia has two losses and no team has made the playoff yet with more than one. The team's other loss on the season with by 20 points at LSU.

The Bulldogs will wait to find out their bowl destination later on Sunday, but this ranking means the Bulldogs are likely heading to the Sugar Bowl in New Orleans on New Year's Day.