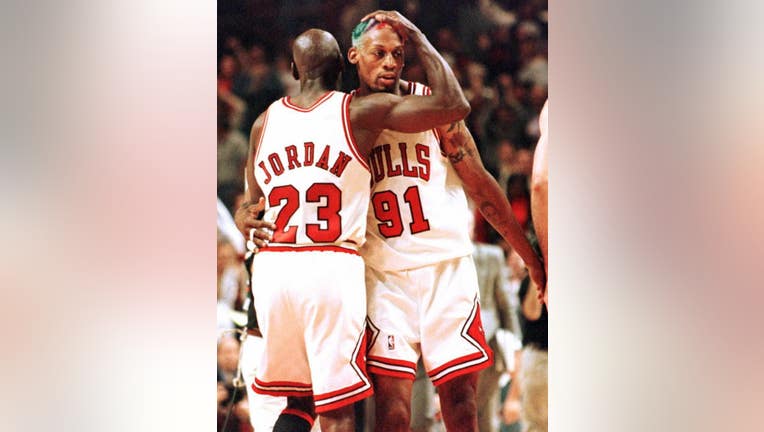 ATLANTA - Like a chance encounter with an old flame, The Last Dance has stirred up romantic memories of the NBA I used to know.

It’s a 10-part documentary series about the drama surrounding 1997-98 Chicago Bulls’ run to a 6th NBA championship in eight years.

So, what’s the big deal -right?

Well, just like the movie Apollo 13, you know how it ends, yet it keeps your riveted and learning something new every step of the way.

(If you were an NBA fan in those days, it will be like putting on that favorite old sweater again.  If you weren’t, consider it a compelling history lesson!)

I heard the commotion, so I binge-watched the first four.  And now interest has turned to obsession.

While anyone of any age will enjoy this series, for me, and basketball fans of my generation perhaps, it is a memorial of what the NBA once was.

I fell in love with the NBA in the early ’70s.  Wilt, Kareem, Oscar Robertson, The Big E, Sweet Lou, Pistol Pete, and Dr. J —they were the coolest dudes ever!

The league was like a start-up business back then but exploded in popularity when Magic and Larry arrived together in 1979.  Their rivalry was a needed shot in the arm for the league and became must-see tv.

You knew they couldn’t play forever.  So, who would step in to be the next star to carry the league afterward?  Well, as if by design, in stepped (actually flew in!) Michael Jordan. 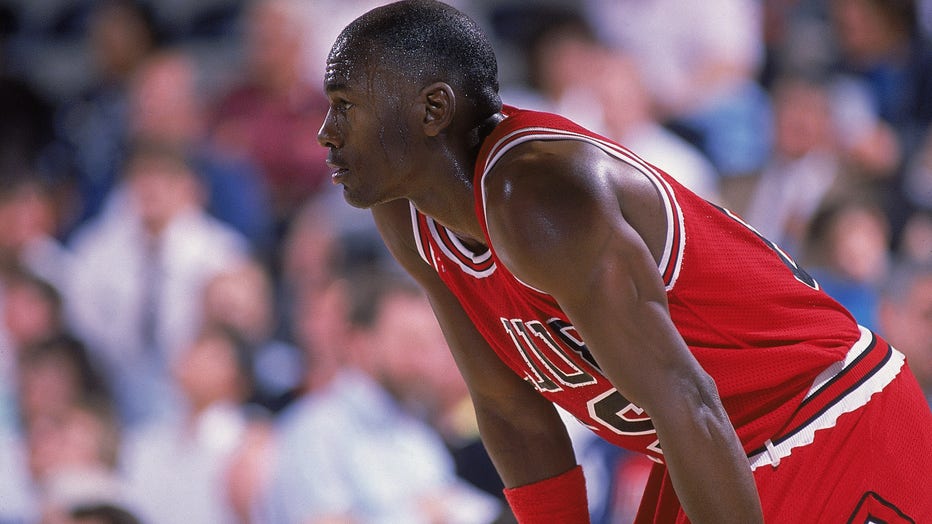 Michael Jordan #23 of the Chicago Bulls rests on the court during a game. MJ kept the NBA rising in popularity In the waning days of the Larry-Magic era. (Credit: Mike Powelll/Allsport Copyright 2001 NBAE)

This American Icon is the central character of this amazing series —but there are many others.

Scottie Pippen - the greatest “wingman” ever.

And the Zen Master, Phil Jackson, who’s calm guidance kept this circus of a season at least heading in the right direction. 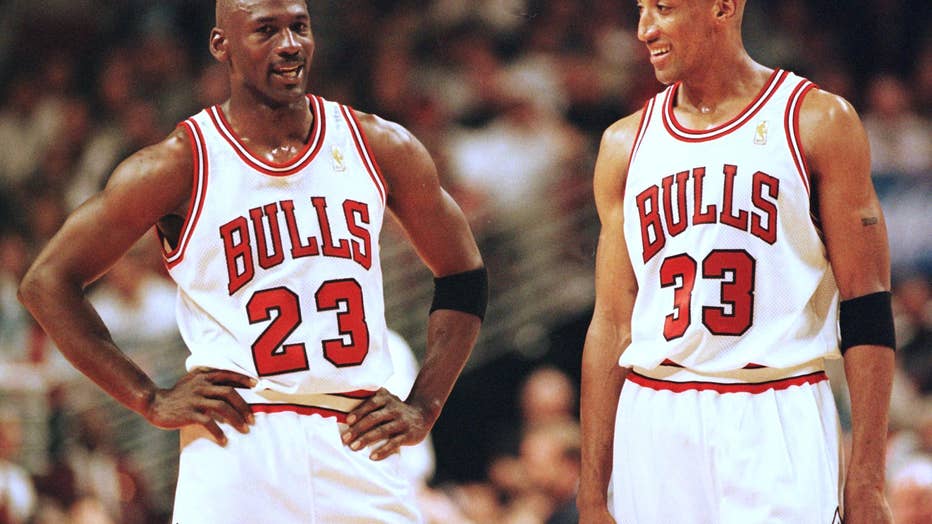 Michael Jordan (L) and Scottie Pippen (R) of the Chicago Bulls talk during the final minutes of their game against the Miami Heat at the United Center in Chicago, Illinois. Scottie Pippen - The greatest "wingman" ever. (Photo credit: VINCENT LAFORET/

When you witness the incredible access given to the NBA Entertainment film crew, you will be as mesmerized as I am.

It is loaded with archival footage and sound, and candid interviews that make you hit the pause button and say, “did he just say that?”

And before you wonder why this wasn’t this shown 22 years ago, ask yourself, would it have meant as much as it does seeing it today?

Seen now through middle-aged eyes, experience and a memory that is now over 20 years removed from that moment in time is like taking a stroll through the old neighborhood.  Memories and reminders everywhere tug at the heart and mind.

For me, the end of the Chicago Bulls dynasty signaled the end of a nearly 30-year love affair with the NBA.

We are now in the shameless era of “super teams,” where superstar buddies talk each other into playing on the same team.

The Bulls were arguably the last of the organic dynasties.

There was MJ and the pieces around him —made to fit.  Pippin would grow into an indispensable part of the team.   But it wasn’t always that way.  They grew and matured together into the Bulls of the 90s.

It was only when they had achieved that stability that they could absorb a freak show like Dennis Rodman, who would end up playing an integral role in keeping the dynasty alive.

Rodman’s story is told and shown in gory detail. 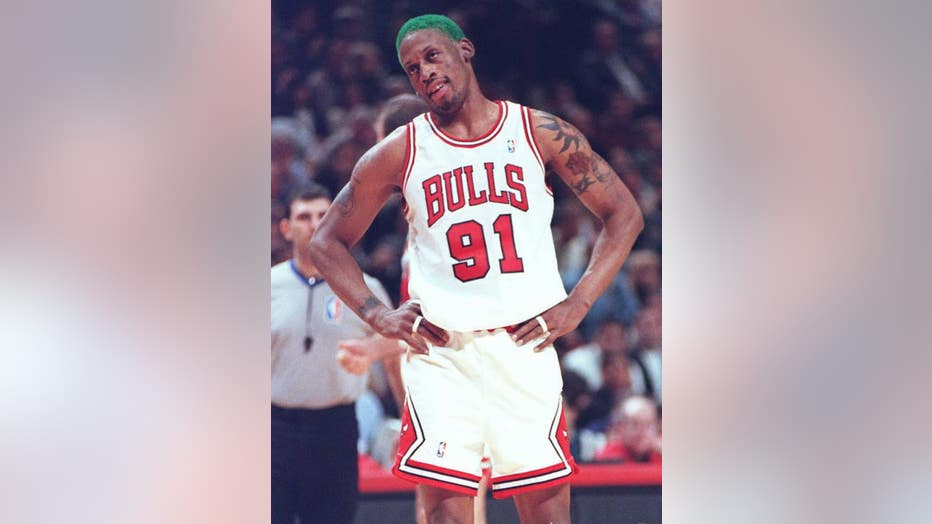 Chicago Bulls forward Dennis Rodman looks at the referee after being called for illegal defense against the New York Knicks during the first quarter at the United Center in Chicago. Rodman’s story is told and shown in gory detail. (Photo credit: CHRI

MJ said he always played like someone may be watching him for the first time and he did not want to disappoint.

There’s a message there, I believe.

So, like that chance encounter with an old flame, you wonder what it would be like if you picked things up where you left off.  But you know too much has changed.  You’ve drifted apart.  You say, let’s remain friends but you really don’t mean it.  It was great once and we’ll leave at that.

Episodes 5 and 6 run this Sunday.  I have informed everyone around me that I will need to be alone at that time!