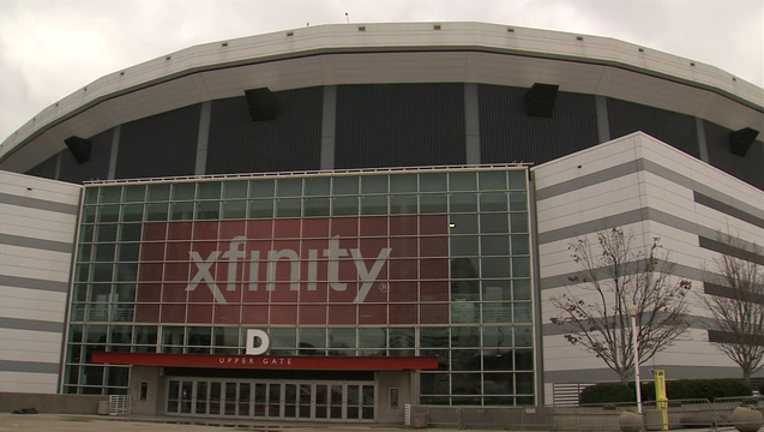 ATLANTA (AP) - All afternoon, Aaron Rodgers watched a stream of teammates limp off the field with injuries.

It got so bad toward the end that Green Bay's star quarterback had Letroy Guion, the starting nose tackle, taking snaps at guard.

Rodgers kept his composure throughout the Packers' 44-21 loss to the Atlanta Falcons in the NFC championship game Sunday, but his emotions were raw when asked about Jordy Nelson, who played with broken ribs.

"Yeah, I'm so proud of Jordy," Rodgers said. "I mean it was incredible that he was out there."

Rodgers nearly cried. Standing at the podium, he lowered his head, looked away and paused 10 seconds.

"I felt like we kind of hurt ourselves in the first half more than they really stopped us," Rodgers said. "They have a good football team. There's a reason they're moving on to the Super Bowl. They're going to be tough to stop."

The Packers (12-7) arrived in Atlanta riding an eight-game winning streak. They had gone from 4-6 to winning the NFC North, beating the Giants and then eking out a tense, dramatic victory last week at Dallas.

Rodgers threw 21 touchdowns and just one interception during the winning streak, but everything came crashing down against the upstart Falcons (13-5).

It came unhinged early. Mason Crosby, who was automatic from long distances to beat the Cowboys, was wide right on a 41-yarder on the first possession. The next possession ended with fullback Aaron Ripkowski losing a fumble, stripped and recovered by Jalen Collins, in the red zone.

Rodgers saw 10 points evaporate, and the Falcons quickly scored again to make it 17-0.

The rout was on.

"It hurt the momentum of the game, obviously not getting points to stay in the game," Rodgers said. "Their offense is hot right now."

Ripkowski slammed his fist against the Georgia Dome turf in frustration.

"It's tough to fight back from," Ripkowski said. "I just didn't take care of business today."

The Falcons' offense was a staggering 10 for 13 on third downs. The Packers' defense couldn't get off the field.

"When you keep giving teams plays on third-and-long," cornerback Damarious Randall said, "you're probably not going to win."

The injury count was relentless.

Green Bay began the day with Nelson and two other receivers, Davante Adams and Geronimo Allison, playing in severe pain. So were safety Morgan Burnett and cornerback Quinten Rollins.

"Frankly, I'm a little numb to it," Packers coach Mike McCarthy said. "We've had to deal with it and we've been able to overcome it. Today we could not. We couldn't overcome the pace these guys were playing at."

McCarthy had nothing but praise for the Falcons, quarterback Matt Ryan and the sold-out Georgia Dome, which hosted its last game with a $1.5 billion stadium under construction next door.

The noise was deafening, the loudest it's ever been at a Falcons game since the building opened in 1992.

"We got into a game that you just don't want to play, especially in this stadium," McCarthy said. "The crowd was fantastic. It was a great environment to compete in. It factored a little bit for us in our communication. We had a number of issues. I think the timeout there early - there were a handful of times we couldn't get the play in. That's a credit to the crowd."

Rodgers was proud that the Packers made it this far. He looks toward next season feeling optimistic.

"If this has taught us anything, it's how important home-field advantage is," he said. "Being able to sleep in your own bed and practice and not have to travel and have the fan support, it makes a big difference. We've played in three of these now and all on the road. It's tough to win on the road. We need to reload. I don't think we have to rebuild. We need to reload."