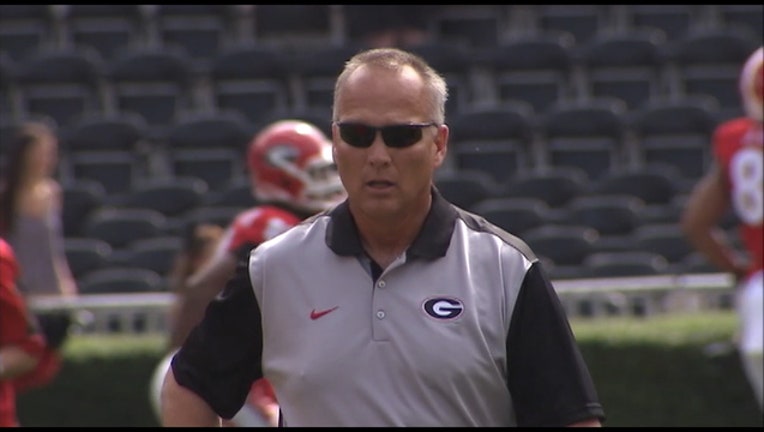 ATLANTA (AP) - Southern receiver Devon Gales, who was injured in Saturday's loss at Georgia, had surgery on Sunday to repair several fractures in his neck.

The school said in a statement the fractures were stabilized. It said Gales has movement in his upper body and is in good spirits.

The surgery was performed at Athens Regional, where Gales will remain until he returns to Baton Rouge, Louisiana for further treatment.

Georgia coach Mark Richt said he visited Gales on Sunday and said he may call on Georgia fans to provide financial assistance if necessary.

Southern announced after Saturday's 48-6 loss to No. 8 Georgia that Gales suffered a spinal injury in the game. He was hurt while blocking on a kickoff return.

Richt said coaches' wives and families, who gather every week on Sunday nights, were "making a lot of posters and get-well cards" for Gales. He said the team chaplains and head trainer Ron Courson also were involved in plans to support Gales.

Southern said Gales' family, interim athletic director Roman Banks, "and the entire Southern University family ... are extremely thankful for all of the prayers and well wishes that Devon has received from many people nationwide.

"Also, special thanks to the Georgia football program and sports medicine staff for all of their love and support that they have shown Devon during this difficult time."

Georgia quarterback Greyson Lambert said on his Twitter and Instagram accounts "Our hearts and prayers go out to Devon Gales, his family, and the entire Southern football team."

Southern players kneeled and appeared to pray as Gales received attention on the field. Gales was hurt near the Georgia sideline. Richt stood nearby and watched as medical personnel from each team assisted Gales before he was put on a backboard and stretcher and carted off the field.

Richt said as Gales' treatment continues, Gales may need financial help. "If there are needs, if it does come to that, I will call on the Bulldog nation to get involved," Richt said.