The Atlanta Hawks have agreed to trade center Dewayne Dedmon to the Detroit Pistons for guards Tony Snell and Khyri Thomas, a person with knowledge of the situation said Thursday.

The person spoke to The Associated Press on condition of anonymity because the trade needs approval from the NBA before becoming official.

The deal allows the Hawks to clear a logjam at center. The Hawks selected center Onyeka Okongwu from Southern Cal with the No. 6 pick of the NBA draft on Wednesday night. 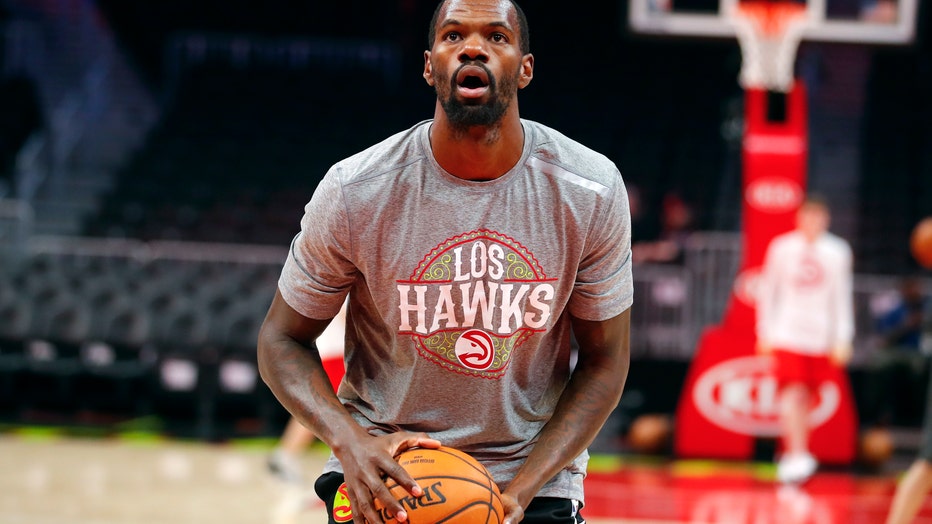 ATLANTA, GA - MARCH 09: Dewayne Dedmon #14 of the Atlanta Hawks warms up prior to an NBA game against the Charlotte Hornets at State Farm Arena on March 9, 2020 in Atlanta, Georgia. NOTE TO USER: User expressly acknowledges and agrees that, by downlo

Last season, the Hawks acquired center Clint Capela from Houston at the trade deadline. Capela was injured and didn't play before Atlanta's season was halted by the coronavirus pandemic, but he's expected to play a key role next season.

Snell, who turned 29 this month, averaged 8.0 points in 59 games in 2019-20, his first season with Detroit. The 6-foot-6 guard played three seasons for Milwaukee and three for Chicago prior to that.

Thomas, a 6-foot-3 guard, has played two seasons with the Pistons since being drafted in the second round in 2018. He appeared in only eight games last season, averaging 7.7 minutes.

Dedmon, 31, was acquired for his second stint with the Hawks last season as the team sought to bolster the center position. The 7-foot Dedmon averaged a career-best 10.8 points with 7.5 rebounds for Atlanta in the 2018-19 season.