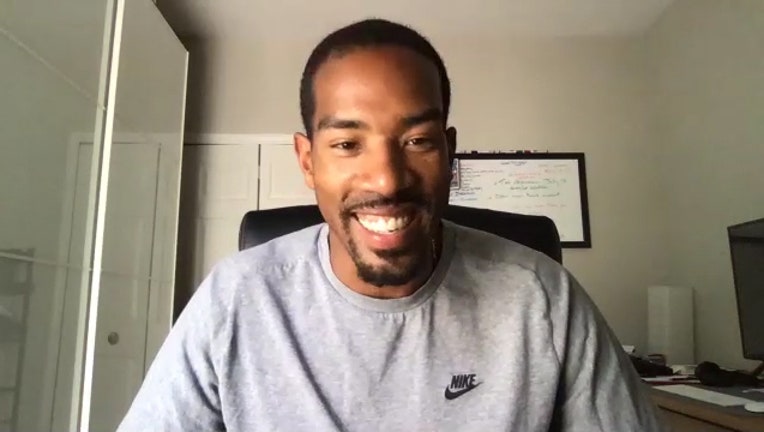 Sandy Creek High School alum Christian Taylor said be breathed a "sigh of relief" to find out the 2020 Summer Olympics were being delayed because of the coronavirus. While disappointed his quest for a third gold medal in the triple jump will come later than expected, he says it was the right move.

"For the safety and well-being of, not just the athletes, the participants, but friends, family and returning back to [your own] nations ... the risk was too high," said Taylor over a video conference from his home in Jacksonville, Florida. "It needed to be postponed. When you think professionally, those were the big wins."

As you might expect, though, part of him felt let down; not by the decision, but by the situation.

"Personally, it was going to be my third Olympics," said Taylor. "I had already envisioned hearing the national anthem, already envisioned being under the lights in Tokyo. There is that small part of me that, selfishly, wanted to live out those dreams. The reality is, it's pushed back one year, and hopefully my coach and I, I trust the process, trust he's going to make the adjustments to have me ready on time. We are all in the same boat. That's the reality of the situation."

Practically, the decision took relief off Taylor's shoulders: he has not been able to train as he normally would while social distancing. Now, knowing he has a full year, he's confident in the plan he and his coach will develop.

Taylor is a 2-time gold medalist in the triple jump, and 4-time world champion in the event. His latest world championship came in 2019, making him a serious contender to add another gold medal to his collection. This path to gold, however, will be different.

His training is already adapting to the situation. That includes workouts inside his Florida townhome, and being very careful when he does train outside.

"I can jump up the stairs [in my townhouse], I can run up the stairs," said Taylor. "Repeats of that, it's very similar to a stadium if you do it enough. You have the training mats, you can do all the core exercises. The push-ups, things like that. Cardio is key. I'm really trying to respect social distancing when I'm doing my running or my drills outside."

Taylor says the mental aspect of competition is incredibly important, and remains in place even with a delayed Olympics. That includes staying focused on his diet, while so many of us find ourselves emptying our snack supplies while working from home or simply spending more time indoors than usual.

"Maybe, some of my competitors are saying, 'you know what? The season is essentially over, so maybe I can enjoy the brownies, maybe I can have a beer, maybe I can have some popcorn,'" said Taylor. "I want them to do it! At this time, the markets are loaded with all the fresh food. Everyone's buying up all the frozen stuff, obviously, but you can still get the salads, you can still get the fruits. I'm just trying to stay lean, stay on top of it, so once I get back into normal training, I can hit the ground running."