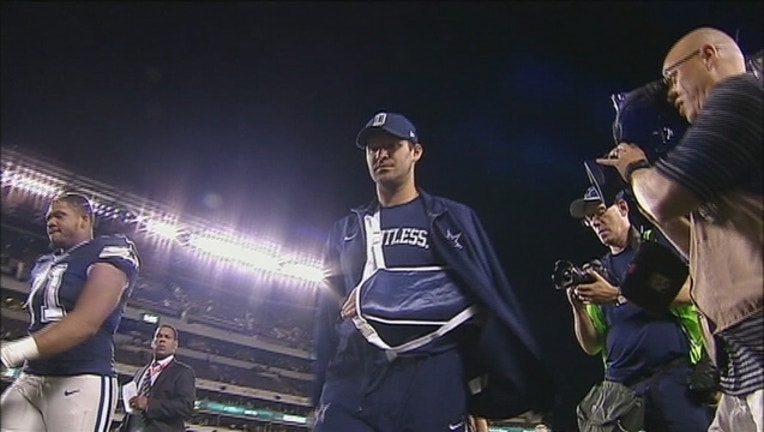 Dallas Cowboys quarterback Tony Romo will not need surgery on his broken collarbone, but is expected to miss about two months playing time.

Romo tweeted the news out on Monday afternoon, one day after he was sacked and his left shoulder slammed into the turf in Philadelphia.

“Thank you for all your prayers and support. No surgery needed. We're just getting started cowboys nation. See you soon,” Romo tweeted.

Cowboys coach Jason Garrett confirmed the news at his Monday afternoon press conference, estimating an eight week time period where Romo would be out and backup Brandon Weeden would play.

Dallas (2-0) now faces the reality of missing its two star offensive players, Romo and WR Dez Bryant, for half of the season.

The Cowboys return home to host the Atlanta Falcons (2-0) on Sunday.