The NFL and the players' union sent a planner to the 32 teams Monday outlining procedures for the full reopening of their practice facilities, which were closed because of the coronavirus pandemic.

No timetable has been set for the return of most players to team complexes -- only players rehabilitating injuries have been allowed to enter the buildings. But this is the next major step toward allowing all players back in club facilities.

Goodell ordered all of those facilities closed in late March, and the league has taken small steps toward reopening them. Last week, coaching staffs were approved to return, but only if local governmental rules allowed it.

Goodell noted that the protocols for a full return were developed in consultation with the Centers for Disease Control and Prevention, Duke's Infection Control Network and other universities.

"No set of protocols can eliminate the risk of contracting COVID-19, nor ensure that the disease itself will be mild," Goodell wrote in the memo, which was obtained by The Associated Press. "And we should expect that these protocols will change as medical and scientific knowledge of the disease continues to grow. But we believe, along with the NFLPA, that these protocols offer a sound basis for bringing players back into the facilities and moving forward with our planning for the 2020 season."

Training camps are scheduled to begin in late July, with the first preseason game, Dallas vs. Pittsburgh in the Hall of Fame game, on Aug. 6. The NFL still plans to kick off the regular season in Kansas City on Sept. 10.

A tiered approached will be used within team facilities and must be presented to the league for approval at least seven days before the reporting date for training camp. Players, most coaches, trainers, physicians and the head equipment manager -- anyone who must have direct access to players -- will be in Tier 1, with a maximum of 60 in addition to the players. They will have access to such restricted areas as fields and sidelines, locker rooms, training rooms, medical exam areas, meeting rooms and weight rooms.

The second tier will consist of ownership representatives; facility staff; additional coaches and equipment personnel; the general manager and football operations employees; club communications staff; security personnel; and "certain NFL and NFLPA staff as needed." They will have limited access to restricted areas. 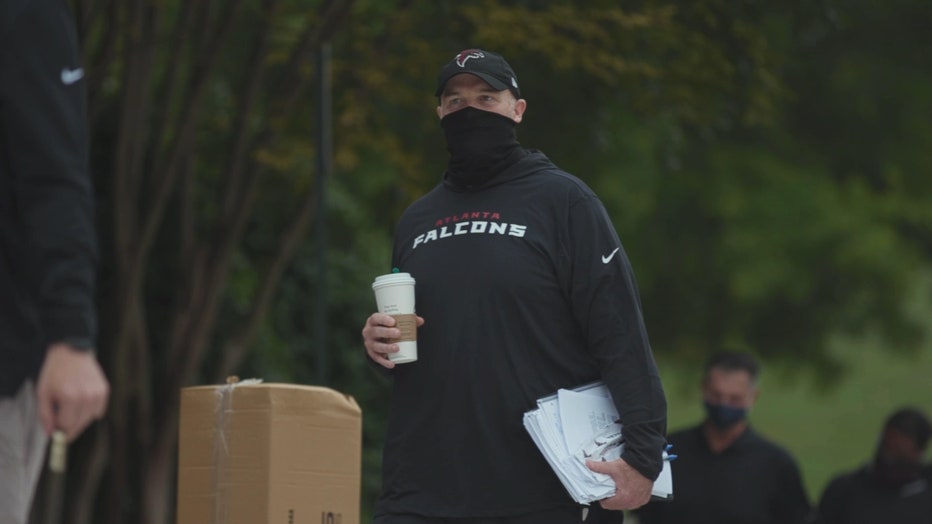 Monday marked the first time since early March that NFL coaches could return to team facilities.

All of those people must undergo daily screening and testing before entering the complex.

In the third tier will be personnel who perform essential facility, stadium or event services but do not require close contact with Tier 1 individuals.

A separate entrance to the facility for Tier 1 and Tier 2 members is required. If not available, a designated time for use of a single entrance is mandated, and that entrance must be cleaned and disinfected before and after use.

Physical distancing is another major challenge. To keep players at least 6 feet (2 meters) apart requires redesigning everything from locker, meeting and weight rooms to cafeterias. Enhanced cleaning and disinfecting procedures will be mandatory. The NFL/NFLPA protocols suggest continued virtual meetings whenever possible.