Coaches will be allowed to return beginning Friday to NFL team facilities closed because of the coronavirus pandemic as the league continues preparation for training camps and its season.

Commissioner Roger Goodell told the 32 clubs on Thursday in a memo obtained by The Associated Press that coaching staffs may work from team complexes starting Friday. Previously, only up to 75 people per day could be at the facilities, with coaches and players not seeking treatment for injuries barred.

"As has been emphasized in previous advice on reopening facilities, this may occur only if your club has otherwise received necessary permission from state and local governments to reopen its facility," Goodell wrote.

All coaches will count toward the maximum number of club employees in the facility, but that number will be increased to 100 -- also subject to governmental regulations and implementation of health protocols developed by the NFL's medical staff.

"Guys are all set up -- we've got meetings with the players tomorrow; everyone is set up at their homes," Miami Dolphins coach Brian Flores said Thursday. "I imagine it would be hard; we would hate to have a glitch with the players because we want to go back in the office."

Team facilities were closed in March, and the league developed a phasing plan for them to reopen, pending governmental permission. 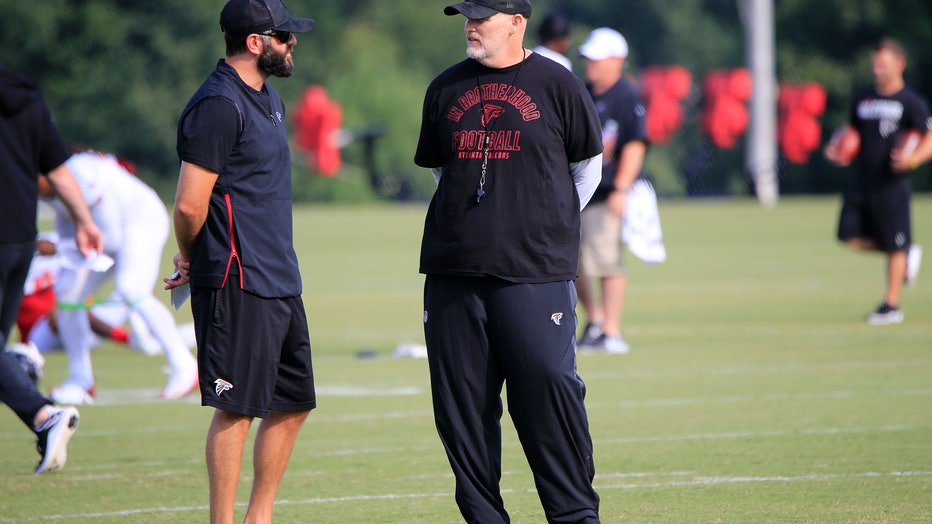 Goodell said the league would be working with each team's medical staff to implement a program of COVID-19 testing for the coaching staff and other football personnel "prior to players returning to club facilities."

The commissioner did not mention in the memo when uninjured players might be approved to return to team facilities. It's likely that won't be until training camps open next month.

"We continue to have active and varied discussions on many subjects," said Dr. Allen Sills, the NFL's chief medical officer. "Any decisions will be a collaborative effort with the league and the players' association, based on continuation of our phased approach. We obviously want to get to the phase of getting players back in, that's the next logical step. We share the exact same goals, with the safest possible environment (for players to return)."

While the NFL has been making contingency plans for delays in the preseason and regular season -- and possibly playing games minus fans -- it has steadfastly stuck to its offseason schedule of free agency, the draft and owners meetings, all done virtually. Reopening team facilities, though slowly and carefully, has been the next step.

Beginning Friday, coaching staffs may work together rather than remotely, albeit within social distancing protocols, at team complexes. All offseason workout programs remain virtual projects.

There's a possibility that training camps, which usually open toward the end of July, could begin sooner if determined to be safe health-wise. Teams could then recoup some of the time together lost in the spring.

"All ideas are on the table," Sills said, "and we're trying to look at this in a very holistic fashion about how we conduct all aspects of our business. No one feels bound by the notion we must do something the way we have always done it. What makes the most sense based upon the current data and science is the approach we will take."

Sills noted that due to the pandemic, a number of things will look different throughout 2020. Paraphrasing a colleague, he said, "It is not going to feel normal because it will not be normal."