Major League Soccer players have ratified an amended collective bargaining agreement after the league and the union avoided a lockout by striking a deal that runs through the 2027 season.

The MLS Board of Governors also approved the agreement Monday.

"MLS players have made incredible sacrifices and overcome considerable challenges in the past year to continue doing their jobs during a difficult time for all of us," the Major League Soccer Players Association said in a statement. "We owe a tremendous debt of gratitude to our player leadership for continuing to guide us during these unprecedented times."

The agreement reached Friday night gives the players their full salaries this season and extends the current CBA for two seasons. The union had proposed a one-year extension through 2026.

Starting in 2026, eligible free agents must be at least 24 years old with a minimum of four years of experience in the league, one year less than in the prior CBA. The amount that free agents can earn will also increase in the final two years of the agreement.

The new CBA also includes overall raises for players in each of the two added years to the deal. 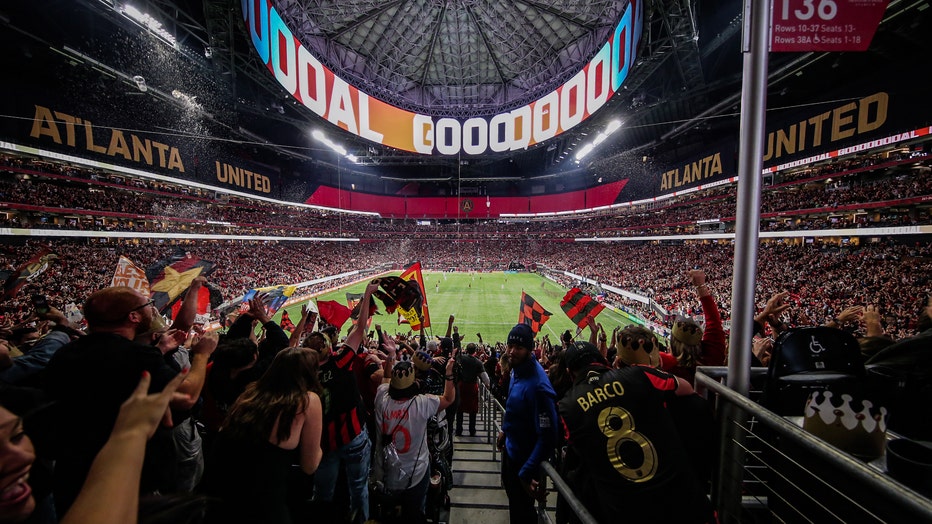 ATLANTA, GA - OCTOBER 30: Fans celebrate a goal scored by Julian Gressel #24 of Atlanta United during the first half of the Eastern Conference Finals between Atlanta United and Toronto FC at Mercedes-Benz Stadium on October 30, 2019 in Atlanta, Georg

The league had invoked a force majeure clause in late December to reopen negotiations over the current CBA, citing ongoing uncertainty because of the COVID-19 crisis.

Major League Soccer has said it lost nearly $1 billion last season, due in part to the pandemic as teams played in mostly empty stadiums and with increased costs for testing and charter flights. The league said it expects similar losses this year.

"We have enormous respect and appreciation for everything the players have done helping build the League and the sport throughout the years, and they've gone above and beyond during the pandemic," MLS Commissioner Don Garber said in a statement. "We thank the MLSPA leadership and the players for their thoughtful and collaborative approach on the new CBA. We worked together to address the ongoing impact of COVID-19 on the League, and we appreciate the players' efforts to develop a CBA that deals with the uncertainty of the pandemic while also providing stability during the next seven years to enable further growth."

The union and the league had two difficult negotiations last year -- one in February before the start of the season and a second in June when players took a pay cut in order to resume the 2020 season.

MLS had warned its teams to prepare for a lockout if another deal wasn't struck. The league has not had a work stoppage since it started in 1996.