Major League Soccer is looking at the possibility of resuming the season this summer with all teams playing in Orlando, Florida.

Details of the plan are still under consideration, but the league's 26 teams and limited staff would likely be sheltered in a resort with games played without fans at ESPN's Wide World of Sports Complex at Disney World, a person with knowledge of the plan told The Associated Press. The person spoke on the condition of anonymity Wednesday because the plan has not been formally announced. The proposal was first reported by the Washington Post.

Atlanta United players said that safety is paramount in this decision.

"The idea of playing games seems very exciting. There's nothing I want to do more right now than run out and just resume my schedule, but most importantly, I think safety for everybody is the most important thing," Atlanta United defender Anton Walkes said Thursday. "The idea of playing is very good. We all are keen and eager to start back on track. I think just some of the concerns are making sure everybody can be safe and after that, I think we can begin to move forward from there." 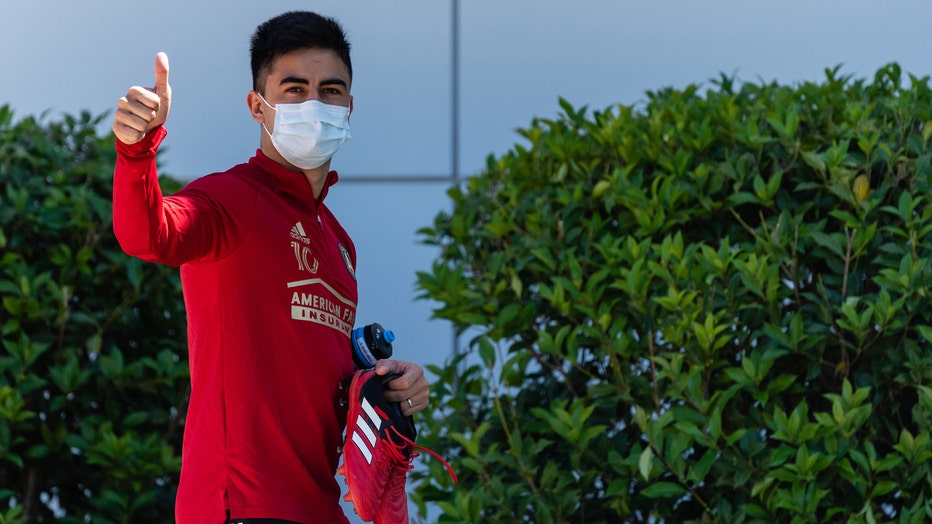 Walkes said he is still worried about the possbility of going to work and coming back home to his family, who he does not want to infect by accident.

"I don't think right now we can be naive and just jump straight out there. Cases are still coming in in great numbers, and ultimately we need to follow these guidelines," he said.

Only then, he said, "in the next few months, we could potentially get back."

Walkes' fellow defender, Fernando Meza, said he had heard of the Orlando plan, but did not know any more details than are outlined in this story.

"I think as players, we know there's going to be a lot of changes, and it's up to us to be flexible throughout this time with MLS," Meza said Thursday through a translator. "In that case, I don't have a lot more information, but I think the logisitics of it would be challenging with everything that would have to happen to make it work. But as players, we're willing to be flexible and try to work with MLS to try to find the best solution."

MLS announced May 1 that players may begin to use outdoor team training fields for individual workouts, in compliance with detailed health and safety protocols that were created in consultation with medical and infectious disease experts. The Five Stripes continued voluntary individual workouts at Children’s Healthcare of Atlanta Training Ground this week, and Wednesday's session marked the first inclusion of several players from Atlanta United 2, which had four separate sessions involving two-to-four players each.

The MLS league-wide moratorium on small group and full team training remains in place through Friday. 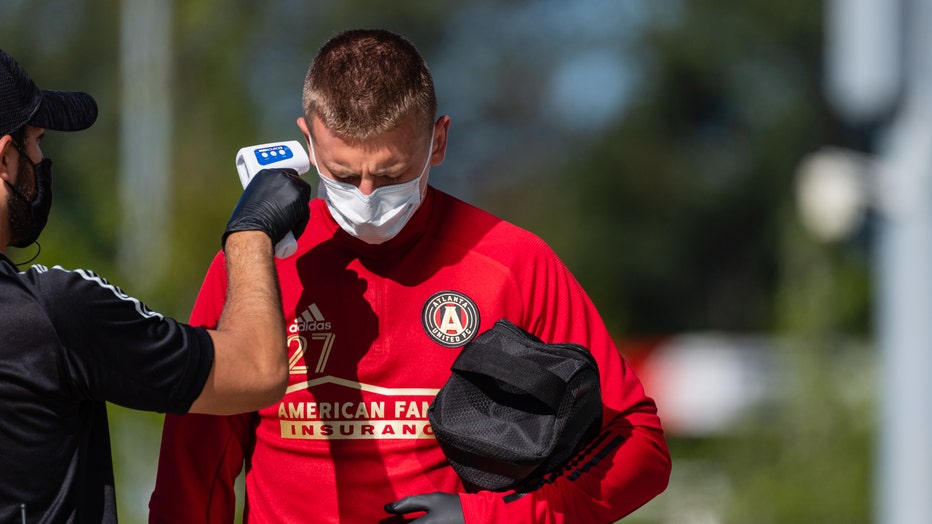 Teams could head to Florida as early as June 1 for training camps. The league suspended play on March 12 after teams had played just two games.

"I think the league is still at a stage, from what I understand, where this particular idea is something that they have in mind and are trying to get feedback from teams about as to what it could look like and how it could work," Nashville coach Gary Smith said. "Personally, again, we're in uncharted territory here. I certainly, along with probably most other people, have never seen anything like it before. So therefore, you have to be a little bit more open-minded about what a season could look like."

Other proposals have included teams playing a tournament-style competition in four different cities. There's also the possibility teams could return to their home stadiums for games following the resumption of the season in Orlando.

It was not immediately clear whether any of the plans had been presented to the players' union.

Earlier Wednesday, Florida Gov. Ron DeSantis said his state was open to leagues looking to restart, or start, their seasons.

"All professional sports are welcome here for practicing and for playing," DeSantis said. "What I would tell commissioners of leagues is, if you have a team in an area where they just won't let them operate, we'll find a place for you here in the state of Florida."

NFL extends virtual offseason work through end of May

The ESPN facility has 17 fields, so it could accommodate multiple teams. MLS held its All-Star game in Orlando last year.

"What I can say if this community is ready to do it, then Orlando is the perfect city to hold an event like that," Orlando City coach Oscar Pareja said. "The experience, infrastructure, everything. Orlando has everything to hold it. If the league decides to do that, I think it'll be a great decision to play it here. It's just rumors right now, but I don't see any other city that has the experience and possibility to hold such an event like Orlando."

MLS took the first step toward resuming the season last week when teams were allowed to start voluntary individual workouts at team facilities under strict guidelines. The next step would be small group workouts.

But a number of teams, including the Seattle Sounders and the San Jose Earthquakes, have not been able to participate because of stay-at-home restrictions in their communities.

Sporting Kansas City coach Peter Vermes said Wednesday that his team has started the process of procuring tests, both for the coronavirus and for the antibodies associated with it, the next necessary step toward returning to play. Sporting was the first team to devise a comprehensive protocol for the individual workouts.

"At the end of the day, I think all of us as teams want to get back to playing games as soon as possible, for so many different reasons. And I would say the players, I think, want to do that as well," Vermes said. "We all want to make sure we're doing it in a safe environment, and also we're doing it in a meaningful way."