ATLANTA - Games at Mercedes-Benz Stadium will welcome back fans in a limited capacity beginning with the Falcons' game against the Panthers on Oct. 11.

Atlanta United games will also feature fans going forward, with a schedule to be announced by MLS in the coming days.

To test MBS operations and protocols before welcoming fans back, the Falcons will host roughly 500 friends, family and associates for the game against the Chicago Bears on Sunday.

Team and stadium officials said more information about ticket access and gameday protocols will be shared directly with season ticket holders and fans in the coming weeks. 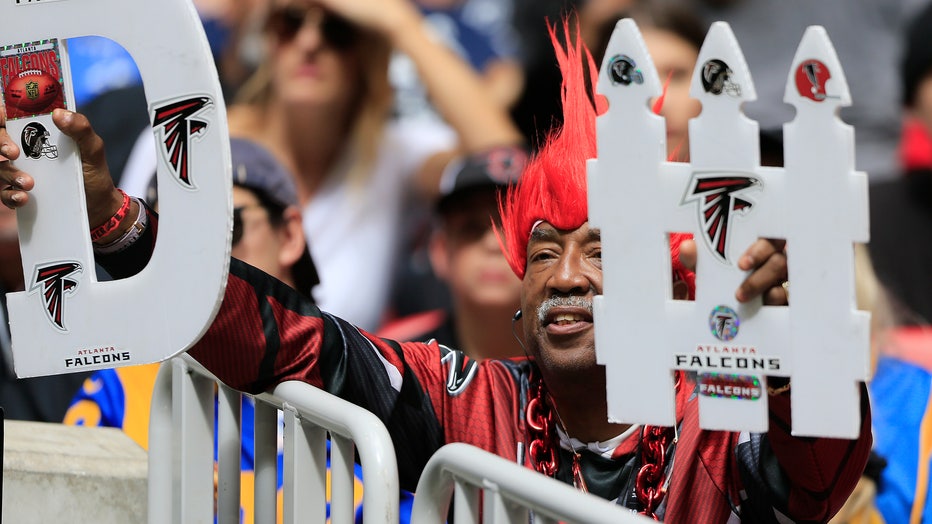 ATLANTA, GA - OCTOBER 20: A Falcons fan pleads his case during the NFL regular season game between the Atlanta Falcons and the Los Angeles Rams on October 20, 2019 at the Mercedes-Benz Stadium in Atlanta, Georgia. (Photo by David John Griffin/Icon Sp

Officials said they made this decision based on several factors, including the recent decline in COVID-19 cases in the state of Georgia.

"Team officials will continue to collaborate with national and local health officials and reserve the right to return to play without fans should current conditions related to the global pandemic change," they said in a statement.

In the Nest with Roddy White

On Aug. 17, officials announced the first two Falcons home games and three Five Stripes home matches would be played without fans through the month of September.

"We are thrilled to invite fans of both the Falcons and Atlanta United back to Mercedes-Benz Stadium," Steve Cannon, CEO, AMB Sports and Entertainment, said in a statement. "Having fans watch from alternative locations was a difficult, but important decision.  It’s been challenging for both teams to play without fans, but their well-being as well as the safety of our associates and fans was paramount."