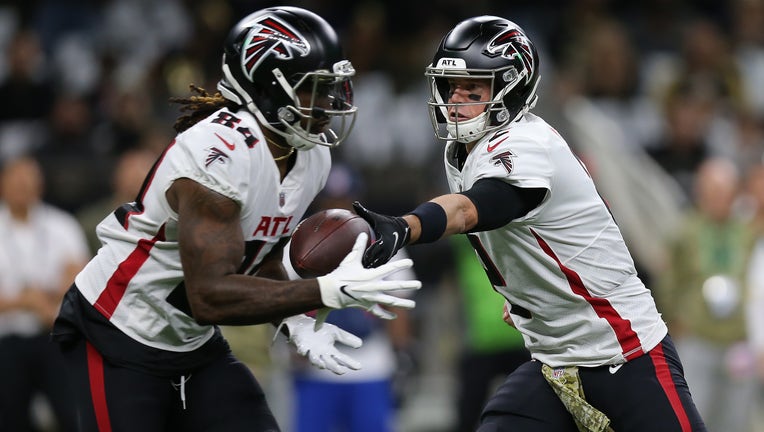 Ryan passed for 343 yards, connected twice with Olamide Zaccheaus for touchdowns, and the veteran quarterback also ran for a score on a bootleg. Ryan's second scoring pass gave the Falcons a 24-6 lead with 10:39 left in the fourth quarter. But the Saints rallied to briefly take the lead on Trevor Siemian's 8-yard pass to Kenny Stills with 1:01 left.

New Orleans then missed a 2-point conversion try for the second time in the game, leaving the door open for the Falcons to win with a field goal.

Ryan needed just one play to burn the Saints' defense for his fourth completion of more than 30 yards in the game — and his second long connection with Patterson. The versatile running back beat rookie Paulson Adebo down the right sideline to give him six catches for 126 yards on the day.

Saints coach Sean Payton started Siemian on the heels of Jameis Winston's season-ending knee injury a week ago, and intermittently mixed in Taysom Hill behind center. Siemian passed for 249 yards and two touchdowns without an interception, and Hill completed both of his passes for 33 yards. But both quarterbacks were hindered by a combination of penalties, dropped passes and protection breakdowns.

The Saints failed on a 2-point try after Kamara's touchdown, but New Orleans sacked Ryan for the first two times all game to force a punt and set up its late, go-ahead possession.

At that point, the crowd in the Superdome, which had been booing and grumbling earlier, was in a joyous frenzy — until Ryan silenced it with his deep throw to Patterson.

Ryan's 39-yarder to Pitts set up the game's opening score on Koo's 32-yard field goal. The Saints looked poised to at tie it when they drove to the Atlanta 28, but then went backward 20 yards on three penalties and wound up punting.

Atlanta made it 10-0 on their final drive of the first half. Ryan converted three third downs — on a scramble and passes to Pitts and Gage — during a 92-yard drive that ended with Zaccheaus' 3-yard catch.

Next up, the Falcons travel to Texas to face the Dallas Cowboys next Sunday.