It's happening on video conference calls for college athletes around the country lately: Athletic directors breaking the news to their student-athletes that their sports programs are being eliminated.

With so many sports being erased recently from athletic department budgets to survive shortfalls due to COVID-19, athletes like Appalachian State runner Mitchell Harris and former East Carolina swimmer Kailey Austin had sinking feelings when logging onto their Zoom conference calls. 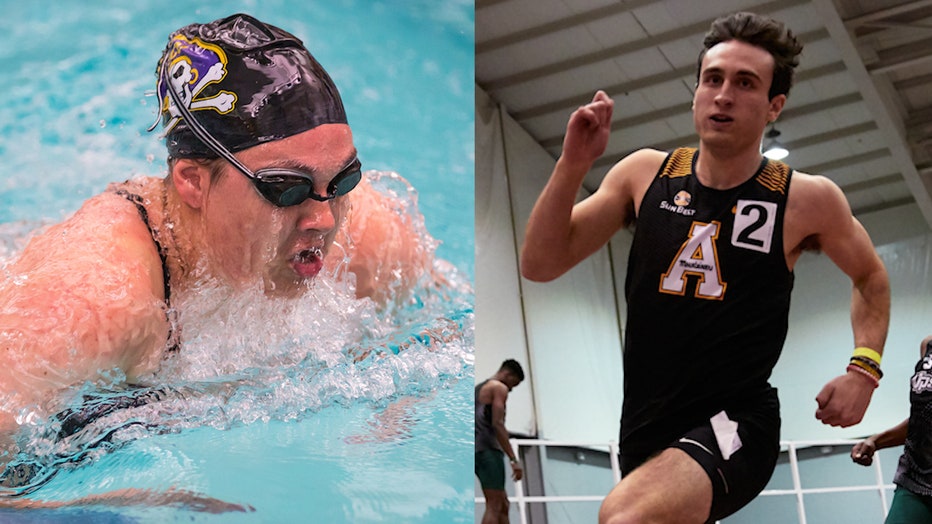 "And then he left, and it was the team and the coaches and we were just shocked," Harris, a Starrs Mill High product, said. "And it was just so crazy because we just lost our outdoor season when COVID hit."

Collegiate track and field has two competition seasons: indoor, followed by outdoor later in the spring. Track and field student-athletes across the country of course lost the 2020 outdoor season, but Mitchell, a freshman, was realizing that without an indoor campaign, he wouldn't compete for App State for another calendar year.

"Monday, Tuesday, Wednesday, Thursday, Friday, Saturday, three hours a day, missing class, going to track meets and everything. And now it all feels for nothing," he said.

The Mountaineers are also eliminating men's soccer and men's tennis as part of a 20 percent overall reduction to their athletic department's 2021 budget -- about a $5 million reduction.

East Carolina, meanwhile, cut its men’s and women’s swimming and tennis teams in an effort to also save almost $5 million in the long run.

"It’s really sad because I feel like swimmers really embody what a student-athlete is. We always have really good GPA’s, we’re always really good with community service and giving back to the community," Kailey Austin, a Woodstock High product, said. "Honestly, I think we’re one of the hardest-working athletes there is because we spend so much time trying to better ourselves. So the fact that there’s going to be some swimmers that aren’t going to be able to experience that in college, it’s just really -- I don’t have any other word but it’s just upsetting."

With so many sports being erased recently from athletic department budgets to survive shortfalls due to COVID-19, student-athletes like Appalachian State runner Mitchell Harris and former East Carolina swimmer Kailey Austin are trying to process the news.

Austin virtually graduted a few weeks back from ECU but has been putting herself in her younger teammates' shoes to process this news.

She knows of only two rising seniors trying to transfer, but most are staying since their scholarships are being honored. Austin said she knows of five or six who have announced transfers so far. She added the program's elimination especially came as a shock because the men’s team is the defending AAC champ, with four conference titles in its six years in the conference.

The swim and dive season ended in February, but some of her Pirates teammates qualified for a final event in March that was cancelled due to the pandemic. Now they might not get to ever compete again.

"Honestly I don’t know what I would do. I think if I was a rising senior, I’d probably stay at school and finish out my degree," she said. "But I don’t think any of them are ready to be done with swimming because they didn’t know it was going to be their last race."

A Change.org petition to save the ECU program has more than 18,200 signatures, and a GoFundMe fundraiser "to cover the more immediate operating costs of saving the program" has raised more than $5,500 of a $30,000 goal.

Meanwhile, Harris said he and an App State teammate have tried to turn their disappointment into a productive solution, and they've decided to run unattached during the indoor season, driving to meets together and sharing hotels out of their own pockets.