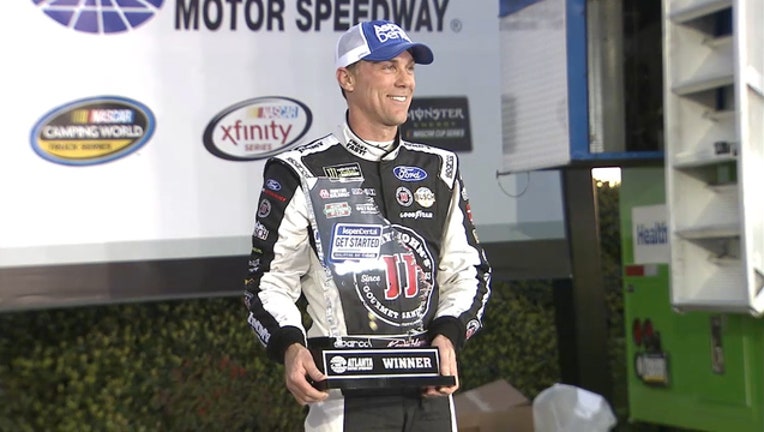 Now he wants to win the race.

Harvick took the pole for the second race of the NASCAR Monster Energy Cup season on Friday, turning a lap of 190.398 mph in the third round of qualifying.

Harvick has led more laps than anyone at each of the last three Atlanta races, a total of 442 laps in all. He failed to win any of them.

"It's frustrating," he said. "Hopefully this year we can close it out."

"That was good," said Newman, who is looking to bounce back from a disappointing 2016 season. "Harvick just slipped in there and beat us."

Five cars did not pass inspection in time to get on the track. Michael McDowell, Cole Whitt, Jeffrey Earnhardt, Derrike Cope and Cody Ware were not able to attempt a lap in the first round of qualifying, but no one will be sent home with only 39 entries for the 40-car field.

Unlike the previous year, when the inspection line was plagued by delays, NASCAR officials said every car was able to get through at least 45 minutes before the start of qualifying.

However, under new rules for this season, any car that fails even one part of the inspection protocol has to go through the entire process again.

"The garage has asked us to stay consistent, stay the course, and they'll get it fixed. That's what we're going to do," said Elton Sawyer, NASCAR's vice president of officiating and technical inspection. "It's going to be a little painful, but we'll get there."