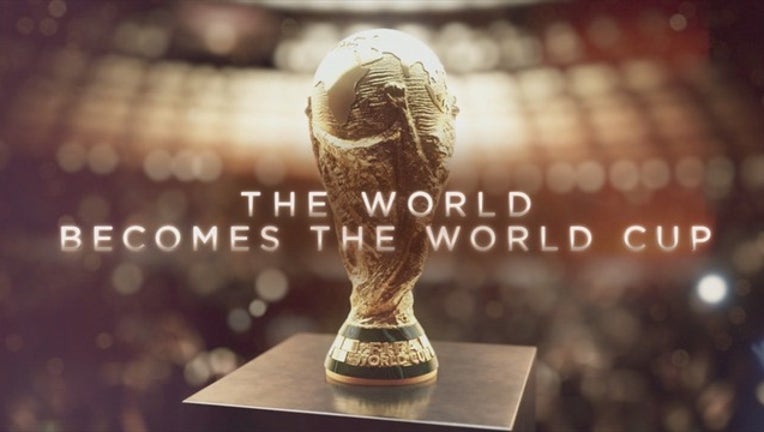 It clears FIFA to adopt VAR for the World Cup in Russia at a meeting of its ruling council on March 16.

Trials in competitions worldwide, including top European leagues in Germany and Italy, have provoked controversies.

Reviews have been slower than promised - sometimes lasting minutes - and communication inside stadiums is often confusing.

Here are some things to know about soccer's embrace of high-tech help for referees:

WHEN CAN IT BE USED?

To correct "clear and obvious errors" and "serious missed incidents."

This means incidents involving goals scored, the award of penalty kicks, red cards, and cases of referees showing cards to the wrong player.

FIFA focused on these four potential game-changing situations before live trials began in 2016.

HOW DOES A REVIEW HAPPEN?

There is two-way communication between the referee on the field and the VAR, who is also a qualified referee and watches play in real-time and replays on a bank of television screens.

Referees can discreetly ask for an opinion, and a VAR can offer advice. Players, coaches and fans need not know an incident is being checked.

If an incident is formally reviewed, the referee should signal it on the field making the sign of a TV screen with his hands.

FIFA wants referees to let a phase of play continue before stopping the action for review.

If an offside is suspected, referee assistants are advised to delay raising their flag and let play unfold. A goal that stems from an offside position can be overruled, but a promising attack is lost if it was wrongly halted too soon.

The natural breaks in play after a goal is scored, a penalty kick is awarded, or a red card is shown, all allow VAR time to review the action.

FIFA and IFAB insist the referee on the field has ultimate authority which should not be compromised.

Therefore, the referee must have access to a TV screen near the touchline to personally review an incident.

This way, players will respect the referee for controlling his decision, FIFA refereeing chairman Pierluigi Collina said on Saturday.

FIFA says research from around 1,000 games in live trials shows that accuracy of decisions improved - from around 93 percent to 98.8 percent.

VAR has not entirely eliminated clear errors. However, FIFA-appointed researchers say they happen once in every 19 games instead of in every third game.

Infantino acknowledged VAR "is not perfect" yet and a final protocol detailing how it should operate has not been published.

Communication between referees and teams, and to fans in stadiums, has been a problem in trials. Fans have often not known why reviews are called for, nor why they take so long.

Frustration has built because the flow of soccer also does not lend itself to review stoppages, nor can referees broadcast their decision.

FIFA knows it must give World Cup teams, fans and broadcasters more information.

However, it does not mean replaying incidents on stadium big screens during a review.

Only after the referee takes a final decision will a selected replay be broadcast in the stadium.

A control center for specialist VAR teams needs to be fitted out with hardware in Moscow, at the same base where international broadcasters will run their World Cup operations.

Holzmueller said a back-up room needs to be equipped at each of the 12 stadiums across Russia.

Around 15 companies have worked with FIFA in trials. A strong contender is the Hawk-Eye system from Britain widely used in tennis' and soccer's goal-line technology.

A separate contract will oversee communications directly linking referees to VARs. Software deals could focus on a specific detail such as on-screen graphics to calibrating the offside line.