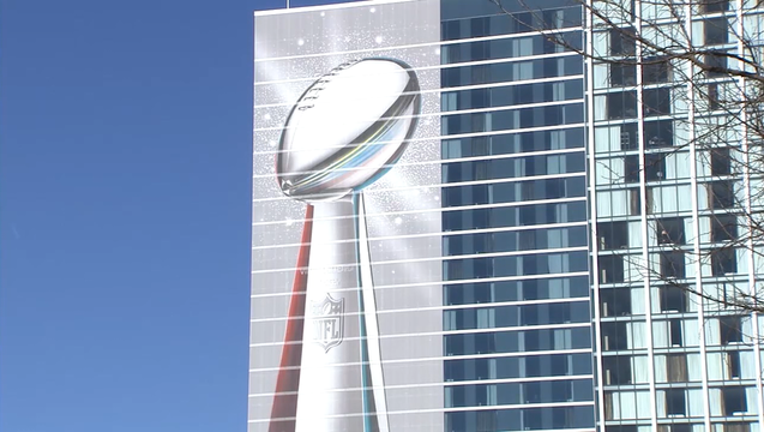 HOUSTON - Most fans and players from Atlanta are on a laser-like focus for the big game on Sunday, but city’s sports community is also focused on 2019 when Atlanta gets a shot to host another Super Bowl.

The host city for the Super Bowl has to plan for more than just the big game. In Houston this week, they opened a special fan zone call Super Bowl Live. It is an area devoted to sports and a favor of host city of Houston. It features music, rides, exhibits, and so much more. This would be one of the things Atlanta will be thinking about doing when the big game comes to Mercedes-Benz Stadium.

The host committee in Houston said the event is a way for them to showcase their city to the world. They have a virtual reality ride called Future Flight designed to highlight their history with NASA and they also have food trucks to show their culinary scene as well as the city's rich diversity.

Members of the host committee said the most important thing Atlanta can do when hosting in two years is be true to the city.