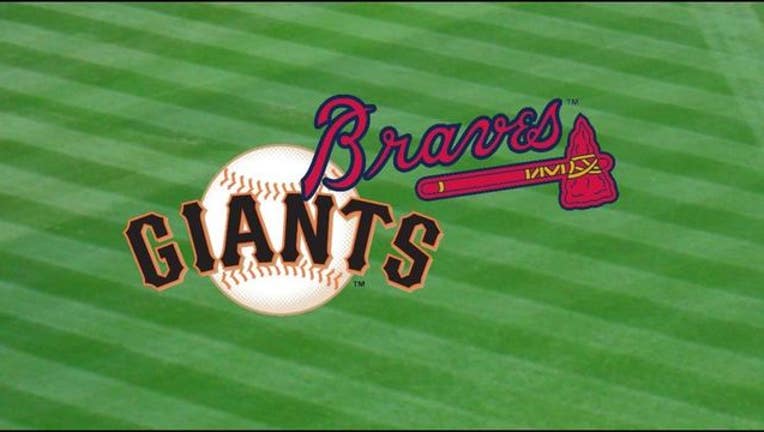 SAN FRANCISCO (FOX 5 Atlanta) - Despite a strong performance by starting pitcher Julio Teheran, the Braves were unable to hold on to a 3-1 lead in the bottom the ninth dropping game two of their series with the San Francisco Giants 4-3.

Joe Panik hit a game-ending two-run single off Atlanta closer Luke Jackson with two outs in the ninth to lift San Francisco to the win.

Brandon Crawford began the comeback with a one-out single. With two out, Kevin Pillar singled in Crawford. Pillar stole second, and moved to third on Pablo Sandoval's pinch-hit infield single. Pinch-runner Mac Williamson stole second before Panik slapped a 3-2 pitch from Jackson into right field to cap the three-run rally.

It's the fourth blown save this season for Jackson (2-1). Atlanta had won four straight against San Francisco and allowed one run in all four.

Braves starter Julio Teheran struck out six and gave up three hits and one run in 5 2/3 innings.