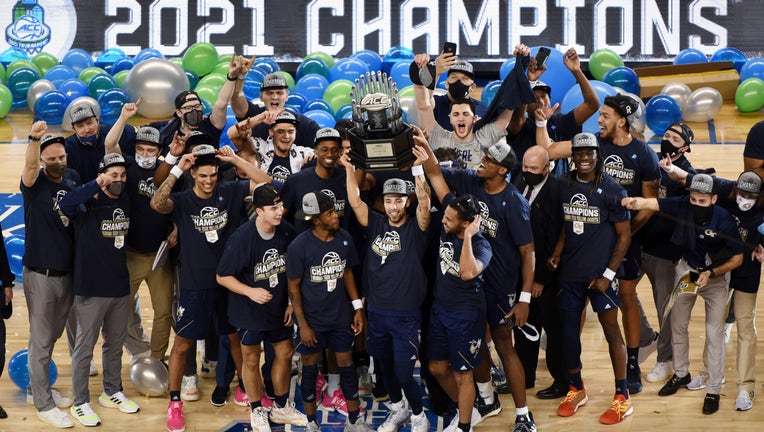 League player of the year Moses Wright added 15 points and eight rebounds for the fourth-seeded Yellow Jackets (17-8), who won their first title since 1993 and secured an automatic NCAA Tournament berth to end an 11-year drought.

Devoe was named the tournament MVP after making 8 of 12 shots, including a tiebreaking 3-pointer with 6:44 left.

Georgia Tech had been been trying to play its way off the bubble since early February, when it stood at 9-8 after a loss at Clemson on a last-second shot.

The Yellow Jackets haven't lost since, with fifth-year coach Josh Pastner talking about the final week of the regular season and the ACC Tournament as "a great opportunity."

No doubt about the NCAA tourney now, not after a strong finish against the second-seeded Seminoles (16-6) that had balloons falling from the rafters and the Yellow Jackets celebrating amid confetti.

Scottie Barnes had 21 points on 8-for-10 shooting for Florida State, which shot 56% but committed 25 turnovers that led to 31 points for the Yellow Jackets.

The Yellow Jackets were steady down the stretch, making 6 of 8 shots over the final 8 minutes as well as making 11 of 12 free throws in the final 90 seconds.

That included Jose Alvarado knocking down a pair with 9 seconds left after shaking off a hard fall, which had come right after Barnes' 3 pulled the Seminoles to 76-73.

The only thing that didn't go to plan was the Yellow Jackets' celebration. Alvarado stripped RayQuan Evans and fed Devoe for a layup with 0.6 seconds left, but the Georgia Tech players began spilling onto the court early to celebrate. That led to a technical foul and two free throws for FSU, though the outcome was decided and the Georgia Tech celebration had begun.

When the horn sounded, Alvarado collapsed face down on the court in disbelief while his teammates mobbed each other near midcourt. He quickly joined the fray that featured Pastner sporting that can't-miss-it faceshield.

"Coach, you're a champion, man!" Alvarado yelled to Pastner as he joined him for a postgame TV interview shortly before the Yellow Jackets began cutting down the nets.

It was an unusual final pairing in a tournament altered by the coronavirus pandemic. No. 16 Virginia and Duke withdrew after positive COVID-19 tests within their programs. The title matchup marked the first finale without a North Carolina-based team since Georgia Tech's win against Virginia in 1990 -- and only the second ever.

Georgia Tech: The Yellow Jackets had won seven straight, including Thursday against Miami in the quarterfinals. Then their semifinal matchup with the Cavaliers was canceled to give them an unexpected off day before the final. They didn't shoot well from outside (5 for 23 on 3-pointers) but repeatedly capitalized on FSU mistakes to win their first title-game appearance since 2010.

Florida State: The Seminoles had a delayed tournament debut when their scheduled quarterfinal against the Blue Devils was called off, but they pushed past North Carolina in Friday's semifinals by locking down defensively in the final 4 minutes to close it out. They found themselves in another tough finish despite all the turnovers, though this time they couldn't keep the Yellow Jackets from getting the line or scoring timely baskets.

Both the Seminoles and Yellow Jackets will find out their NCAA Tournament seeding Sunday.