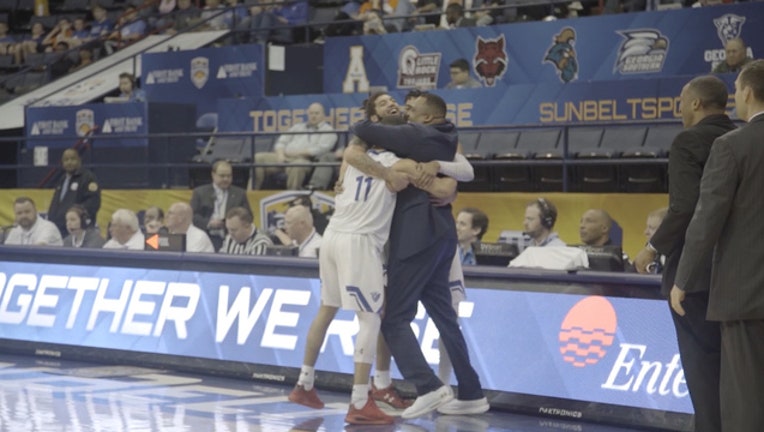 NEW ORLEANS, La. - The Georgia State Panthers are heading to the NCAA Tournament. With a win Sunday over UT-Arlington in the Sun Belt Tournament championship game, the Panthers clinched their fourth appearance in the Big Dance.

Georgia State is the 15-seed in the Tournament's South Region. They will play two-seed University of Cincinnati in an opening-round game Friday at 2 pm in Nashville. The Bearcats were 30-4 on the season, earning the American Athletic Conference's automatic bid to the tournament by winning their conference tournament championship game over University of Houston on Sunday.

Led by head coach Ron Hunter, Georgia State was the second see in the conference tournament. Saturday they topped in-state rival, Georgia Southern, setting up Sunday's championship matchup. GSU won the game 74-61, slowing down a Mavericks team that had won five straight games, including a win over Georgia State.

If the Panthers beat Cincinnati on Friday, they would face either Nevada or Texas in the Round of 32 on Sunday. If they were to win that game, their Sweet 16 matchup would be played in Atlanta at Philips Arena.