STONE MOUNTAIN, Ga. - A Georgia state representative announced Wednesday that he will be introducing legislation in 2020 to allow college athletes to make money from the use of their name, likeness, and image. 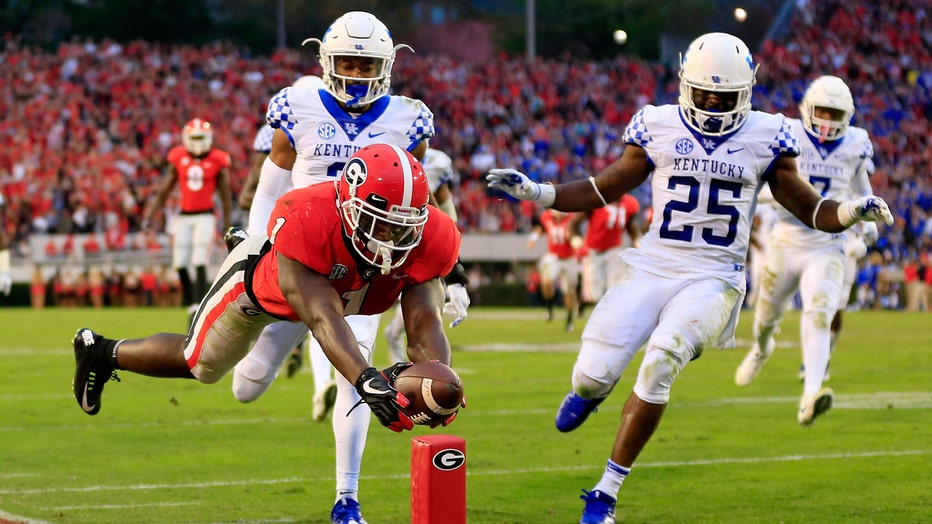 Democratic Rep. Billy Mitchell said that his proposed legislation would be inspired by California's "Fair Pay to Play Act," a first-in-the-nation bill recently signed into law that allowed college athletes to hire agents and make money from endorsement deals, just like professional athletes.

Along with allowing student-athletes to receive compensation to their likeness, name, and image, Mitchell's legislation would allow athletes to hire agents and would prohibit schools from removing eligibility due to compensation.

The proposal comes five years after a star player at the University of Georgia was suspended for selling autograph memorabilia during the 2014 season.

The suspension kept star running back Todd Gurley from playing four games including a key matchup against rival Florida and possibly cost him a shot at the Heisman Trophy as college football’s best player.

“With this legislation, Georgia hereby joins a rapidly growing number of states that have filed similar legislation, or are in the process of doing so, including Florida, New York, South Carolina and Minnesota,”  Mitchell said in a statement. “Not only is this an idea whose time has come, but Georgia schools would be at a decisive disadvantage when it comes to recruiting with other states that join California in implementing this act, if we fail to do the same.”​

The bill would have some limitations, including that athletes would not be able to enter deals that conflict with their collegiate team's existing contracts with brands.

The NCAA has argued that this type of bill would destroy the distinction between amateurs and pros and give states that pass legislation like California an unfair recruiting advantage - said it is considering its next steps.

In a statement earlier this year, the NCAA said it is working to revise its rules on making money off a player's name and likeness. But it said any changes should be made at the national level through the NCAA, not through a patchwork of state laws.

Supporters of the new wave of legislation include NBA superstar LeBron James, who endorsed California's measure. Others, like three-time NBA champion Draymond Green, called the NCAA a "dictatorship" that led to "college athletes being ripped off."