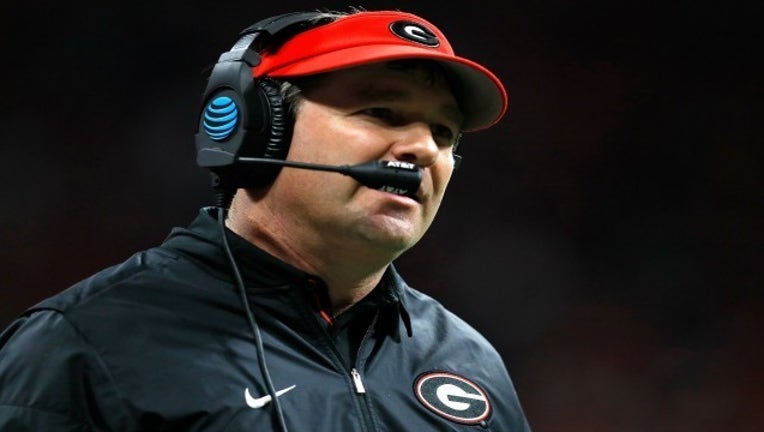 "Kirby has provided an incredible level of energy and excitement to our football program, and we look forward to his leadership for many years to come," McGarity said in a statement.

Smart initially signed a six-year deal that paid him about $3.75 million per season when he took over as the Bulldogs coach before the 2016 season.

After going 8-5 in his debut year, the Bulldogs surged to their first Southeastern Conference title since 2005 and a thrilling Rose Bowl victory over Oklahoma in the national semifinals. They lost to SEC rival Alabama 26-23 in overtime in the national championship game, finishing 13-2.

"As a young boy, I grew up in this great state dreaming of being a Bulldog," Smart said. "To have been able to do that - first as a player, and now as the head football coach - is beyond anything I ever dreamed. I do not take lightly the awesome responsibility of leading this program, and while I'm pleased with where we are as a program, I couldn't be more excited about where we're going in the future. You can rest assured that we will continue to work tirelessly to make Georgia football the best it can possibly be."

In an interesting twist, Smart's new deal was approved on the same day that Miami announced a contract extension for his predecessor, Mark Richt. The Hurricanes extended Richt's deal through 2023, putting him under contract for six years again. He originally signed a six-year agreement in December 2015, shortly after being fired by the Bulldogs.

Richt spent 15 years with the Bulldogs, going 145-51 with two SEC titles. He is 19-7 since taking over at Miami, helping get the storied program back on track.

Georgia certainly has no regrets about making the change.

Smart already has guided the Bulldogs to even greater heights.

"In just two short years, Coach Smart has established a new level of excellence in UGA's storied football program," Georgia President Jere W. Morehead said. "I look forward to his continued success and his strong support of this great university."