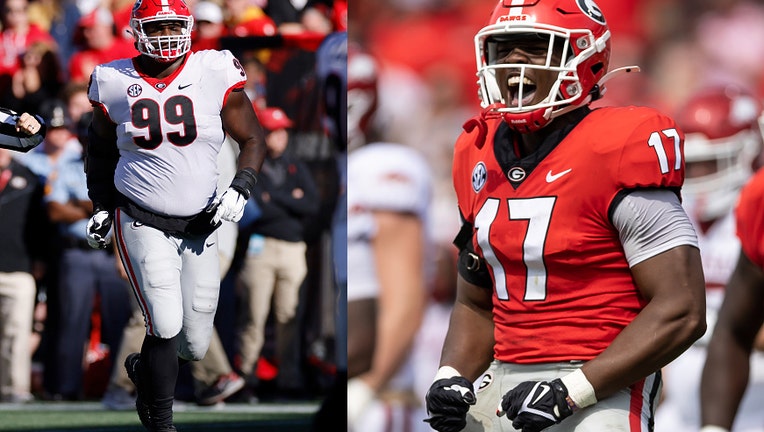 Senior defensive lineman Jordan Davis and junior linebacker Nakobe Dean made Georgia one of five teams in the country to have at least two First-Team All-Americans.

Davis played in 13 games for Georgia in his senior season and talked 28 total tackles, 3.5 tackles for loss and 2 sacks. He was one of three finalists for the 2021 Bronko Nagurski Trophy, awarded annually to college football's best defensive player.

Dean, the 2021 Butkus Award winner as the nation’s top collegiate linebacker, was also a semifinalist for the 2021 Chuck Bednarik Award, given to the outstanding defensive player of the year. He tied for the team lead with 61 tackles and led the team with 8.5 tackles for loss and 5 sacks.