ATHENS, Ga. - 2020 was already shaping up to be a memorable year for Brendon Todd.

After breaking a nearly 6 year winless drought on the PGA Tour, Todd won two events in a span of three weeks at the beginning of the 2020 season and is 4th in the FedEx Cup standings right behind Rory McIlroy.

He was playing some of the best golf of his life, rolling until everything came to a screeching halt.

“I think with the seriousness of the pandemic, the number of people that are infected and dying. It’s pretty easy to sit there and say golf is not really that important. My family is important. Staying healthy is important and doing our part socially to keep everybody healthy is where my mind went to. Obviously disappointed I’m not playing the big events that would have been going on right now, but the Tour has done a great job of rescheduling those events,” says Todd. 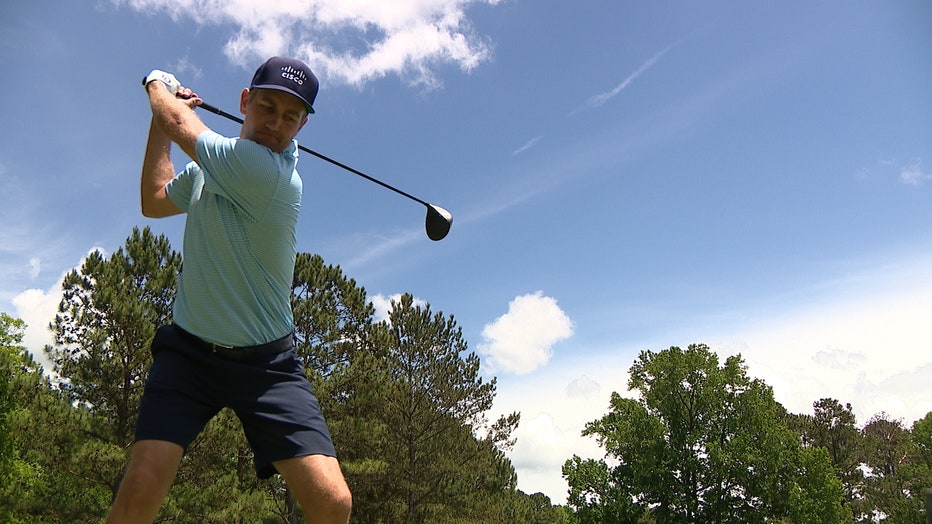 But stopping his hot streak has got to be unnerving. Todd knows how quickly golf mojo can change.

“The game goes up and down. I’m kind of riding the upswing right now and trying to make a habit of it,” says Todd.

Todd has definitely seen the down too.

Just two seasons ago he missed the cut at every PGA Tournament he played in. It looked like he was at the end of his professional career.

“In the fall of 2018 I had missed thirty something cuts out of 40. I was considering hanging it up and trying something else, but I didn’t have to do it financially so I was able to grind it out, spend the fall of 2018 getting ready for “Q” school and I went there and put together some good rounds,” says Todd.

Todd credits a new driver and switching putters for helping him gain momentum in the 2019 season and get him where he is today.

He has spent the last two months spending time with his wife and kids at home in Watkinsville and staying sharp at Athens Country Club. And now that the PGA Tour is set to return June 11th, Todd is hoping to pick up right where he left off and he’s glad the time is right to do so.

“Obviously selfishly playing as well as I am right now, I’d like to go compete as much as possible and try and get another win and I think socially we’re in a  situation where people need sports. They need an outlet. I think we can provide a safe environment to do that and put on a  good product so I’m all for it. Let’s put a really good plan in place and let’s go execute it,” says Todd.

And if things go his way, Todd will wrap up his unforgettable 2020 season right down the road at East Lake and the Tour Championship.