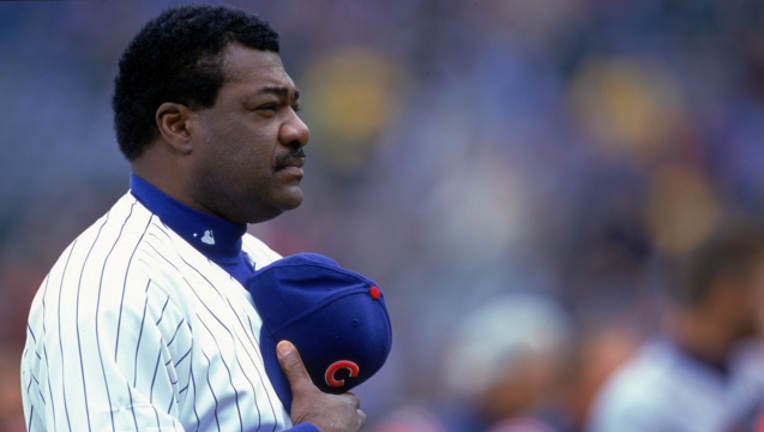 Manger Don Baylor #25 of the Chicago Cubs stands for the National Anthem during the game against the Atlanta Braves at Wrigley Field in Chicago, Illinois. The Cubs defeated the Braves 4-3. Credit: Jonathan Daniel /Allsport

AP - Wherever he went, Don Baylor left his mark on baseball. He was an MVP and Manager of the Year, respected as a powerful slugger, punishing runner and commanding presence in any clubhouse.

And during nearly a half-century as a pro, baseball left its mark on him. Lots of them, in fact. When Baylor retired, he'd been plunked more than anyone in major league history.

Baylor was hit by fastballs, sliders and a bunch of pitches 267 times in his career. Baylor set the modern-day record in 1987 while playing for Boston, on the day he turned 38. After the game, the Red Sox gave him the souvenir ball.

"I can think of other ways to get a birthday present," Baylor said.

Baylor, the bruiser who also held the bruise record for almost three decades, died Monday of cancer. He was 68.

His family said in a statement that Baylor died in his hometown of Austin, Texas, after a 14-year battle with multiple myeloma.

"One of the nicest men I've known unless you were a middle infielder on a DP," former Baltimore teammate and Hall of Fame pitcher Jim Palmer tweeted.

Baylor won the 1979 AL MVP with the California Angels, playing all 162 games and leading the majors with career bests of 139 RBIs and 120 runs. His 36 home runs were also his most.

Baylor later became the first manager of the Colorado Rockies, guiding them to his only playoff appearance as a skipper in the franchise's third season in 1995 and being honored for that accomplishment.

Just three others have won MVP and Manager of the Year awards - Frank Robinson, Joe Torre and Kirk Gibson.

It was the great Robinson who helped give Baylor a nickname that stuck forever.

Baylor was a 20-year-old rookie in 1970 on a team that eventually won the World Series when he was asked about trying to break into the Orioles' loaded outfield. Brash beyond his years, Baylor said he wasn't too worried, that once he got into one of his grooves, things would be OK.

Robinson saw that quote in a newspaper and, playfully in his role as judge of the club's Kangaroo Court, made sure to read it aloud in the Baltimore locker room.

With that, "Groove" was born.

Years later, as judge of the Kangaroo Court for the New York Yankees, Baylor once fined coach Don Zimmer. So why pick on such a beloved figure?

As judge of the Kangaroo Court in Boston, Baylor levied a $5 fine on Red Sox ace Roger Clemens - right after he had struck out a record 20 batters against Seattle. The offense? Giving up a hit to former University of Texas teammate Spike Owen on an 0-2 pitch.

Baylor had a chance to go to Texas, too. He was a second-round pick by Baltimore in 1967 and chose baseball over a chance to be the first black football player at Texas. Two years later, the Longhorns became the last all-white team to win a national championship.

No doubt, Baylor was rugged enough for either sport.

"He was a tough man, and he didn't have to tell you he was tough," Milwaukee manager Craig Counsell said of his first big league skipper.

Kansas City manager Ned Yost knew that firsthand, having played behind the plate.

"Don was kind of a fearsome guy, especially if you were a catcher or a second baseman," Yost said. "If he was at second base, you're hoping this guy hits a double instead of a single because you'd know you were going to get crushed at home plate. He's a big guy."

Burly in later years, Baylor was also known for speed as a younger player, including a career-high 52 steals with Oakland in 1976. He finished with 285 steals.

But on June 15, 1974, Baylor had the distinction of being the first player caught stealing twice in the same inning. He came in as a pinch-runner against the White Sox, was charged with a caught stealing at second when he was safe on an error, and after stealing third, was thrown out trying to steal home.

In his final three seasons, Baylor went to three straight World Series from 1986-88, winning the title and hitting one of his four postseason homers in Minnesota's seven-game victory against St. Louis in 1987.

Baylor's tying two-run shot in the fifth inning of Game 6 with the Twins trailing 3-2 in the Series fueled an 11-5 victory. He was on losing teams with Boston in '86 and Oakland in '88.

"Throughout stints with 14 different major league teams as a player, coach or manager, Don's reputation as a gentleman always preceded him," he said.

Washington manager Dusty Baker became emotional talking about Baylor. They competed on the diamond starting as Double-A players and were close friends off the field.

"His first wife picked out my first wife's engagement ring," Baker said. "First time I had ever gone to Baltimore was when we drove up to see Donnie."

"I was a better basketball player but he was a stronger baseball player," Baker said. "I was just listening to Tupac today about death around the corner. Indeed, you just don't know how close death is to all of us."

Baylor spent six years with Colorado and two-plus seasons as manager of the Chicago Cubs, from 2000-02. His career record was 627-689. He was most recently the hitting coach for the Angels.

In 2014, while catching the first pitch from Vladimir Guerrero before the Angels' season opener in Anaheim, Baylor backhanded the ball and wound up breaking his leg in an accident that's still painful to watch on YouTube. True to his nature, with help, Baylor walked off the field.

"When a man of his integrity just walks through a clubhouse, it's almost larger than life, because you know what he stands for," Angels manager Mike Scioscia said. "You know the bar he set not only for himself, but for a team, and I think it's tangible."

Baylor went to junior college before joining the Orioles organization, made his big league debut in 1970 and spent six years with Baltimore. After a year in the first of two stints with Oakland, Baylor played six seasons for the Angels.

Mostly a designated hitter but also an outfielder and first baseman, Baylor had at least 20 homers in three straight seasons for the Yankees before hitting 31 for the Red Sox in 1986. He was a career .260 hitter with 338 homers and 1,276 RBIs. Baylor's HBP record was later broken by Craig Biggio.

A couple weeks ago, Claire Smith paid tribute to Baylor when she was honored with the J.G. Taylor Spink Award for baseball writing at the Hall of Fame in Cooperstown, New York. Baylor was among her closest friends, and she honored him in her acceptance speech.

"Thank you, Groove, my gentle giant," she said. 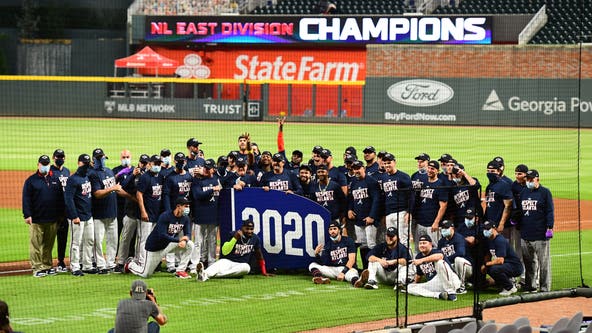