Former Braves pitcher Jake Brigham says he's having more fun playing baseball these days than he usually did back in the United States.

The pitcher is now playing for the Kiwoom Heroes, part of the Korea Baseball Organization. With most sports on hold due to the COVID-19 pandemic, the KBO is one of very few live team sports leagues that's playing games right now on the entire planet. That is giving teams and players significantly more attention than usual.

Brigham is also among several with ties to the Braves that are making the most of their time overseas. Last season with the Heroes, Brigham won 13 games and had a 2.96 ERA. This season, he was the opening day starter.

Brigham played about a decade in the minor leagues in the U.S., before making his MLB debut with the Braves in 2015 as a 27-year-old.

"The chance of getting to the big leagues was getting smaller by the day," said Brigham. "Grateful to the Braves for that opportunity." 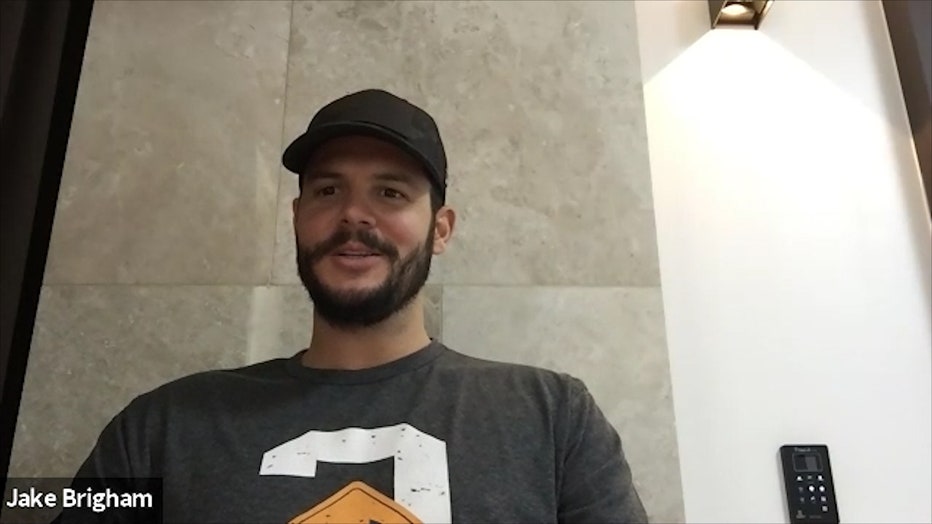 Still, he says development was difficult in the MLB. He felt he was unable to earn the time he needed in the Majors to improve, even when he pitched well.

"It's just a different mindset," said Brigham. "It's very cut-throat. I know there's 15 other guys in Gwinnett waiting to come get my job. [In South Korea, it's] matter of fact, no politics, no, somebody's ahead of me because they're on the 40-man roster and I'm not. I'm not saying I was good enough to be a career big leaguer, but I feel like I never really got an opportunity to really stick and stay."

Another success story: outfielder Mel Rojas, Jr. He spent parts of two seasons with the Gwinnett Braves. He is now in his fourth season in South Korea, where he's become one of the league's best power hitters, playing for the KT Wiz. He hit 43 home runs two seasons ago, and has hit over .300 each year.

"When I was with the Braves, the South Korean team asked me if I wanted to come over here and play," said Rojas, Jr. "I was like, 'nah, no way. No chance.' I didn't know anything about Korean baseball. After I made my decision to come over here, I don't regret it at all. I've had to make adjustments, because they throw a lot of off-speed here. I'm proud of the work I put in. It's paying off."

Both players say they enjoy the baseball culture in South Korea as well. Brigham and Rojas both said starting the KBO season without fans is strange, because crowds in South Korea are notoriously loud the entire game, a big difference from crowds in America, that are more quiet for the most part during regular season games.