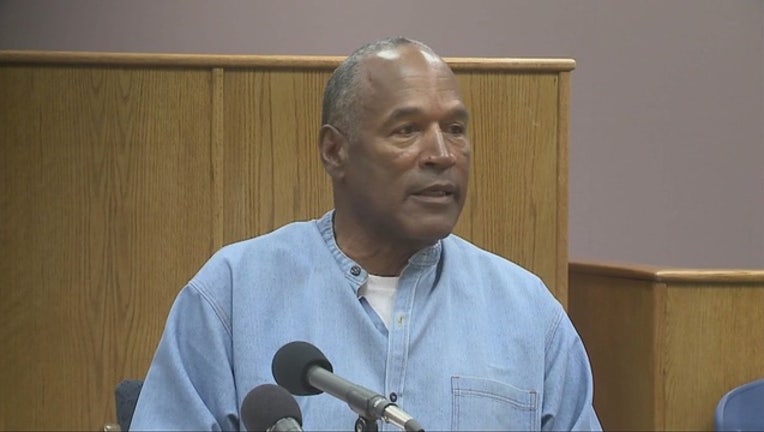 LAS VEGAS - O.J. Simpson will live in Florida following his parole from a Nevada prison where the former football star and celebrity criminal defendant has been held for the past nine years after a robbery conviction, his lawyer said Friday.  But not if Florida Attorney General Pam Bondi gets her way.

Attorney Malcolm LaVergne didn't specify where Simpson would live in Florida, although Tom Scotto, a close friend who lives in Naples, Florida, has offered his home.

A Florida Department of Corrections (FDC) spokeswoman, Ashley Cook, told the Associated Press that her agency had not received a transfer request or documents about Simpson.

In the letter, Bondi states, “Floridians are well aware of Mr. Simpson’s background, his wanton disregard for the lives of others, and of his scofflaw attitude with respect to the heinous acts for which he has been found civilly liable. The specter of his residing in comfort in Florida should not be an option. Our state should not become a country club for this convicted criminal.”

Bondi contends that the state has the right to deny permission for Simpson to serve his parole in Florida under agreements in the Interstate Compact for Adult Supervision.

"In the case of Mr. Simpson, sound reason exists for the State of Florida to object to permission being given for his relocation to Florida and the State of Nevada to honor our objection by denying him such permission."

Bondi has said that if it is determined that Simpson meets criteria for serving his parole in Florida, the state should take steps to "ensure Mr. Simpson is subjected to the most stringent and secure conditions of supervision."

She is asking that Simpson be required to report to his parole officer in-person and not by mail, that he wear an electronic monitoring bracelet, that his travel be restricted, and that he not consume any alcohol or drugs and be tested regularly.

Simpson becomes eligible for release Sunday but LaVergne said he doesn't know where or when it will happen.

He expects to learn more when Simpson notifies him that he is being moved from Lovelock Correctional Center in northern Nevada.

Release plans are in motion but need to be finalized for Simpson to be freed, perhaps as early as Monday in Las Vegas, Nevada prisons official Brooke Keast said.

Citing safety concerns, Keast said Friday the plans were not being made public.

LaVergne said he will begin pressing for answers if Simpson is not free by Oct. 8.

He said he spoke with Simpson by telephone on Thursday, and he is excited about his pending freedom.

"He's really looking forward to the simple pleasures," LaVergne said. "Seeing his family on the outside, spending time with them, eating food that's not packaged."

Simpson won parole in July after serving nine years of a possible 33-year sentence for his 2008 conviction on armed robbery, kidnapping and other charges.

The conviction came after a botched effort to retrieve items that Simpson insisted were stolen after his acquittal in the 1994 killings of his ex-wife, Nicole Brown Simpson, and her friend Ronald Goldman in Los Angeles.

Simpson was found liable for their deaths in a civil case in 1997 and ordered to pay the victims' families $33.5 million.

A Goldman family attorney said the judgment amount has nearly doubled with interest over the years to more than $65 million, and he continues to seek payment.