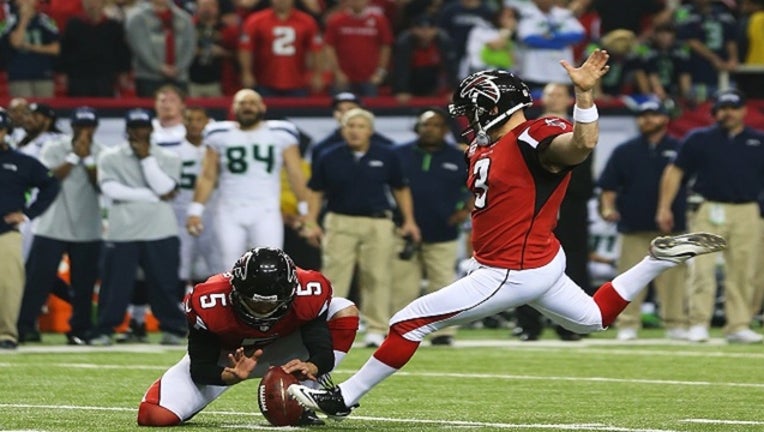 ATLANTA, GA - JANUARY 13: Matt Bryant #3 of the Atlanta Falcons kicks the game winning field goal in the fourth quarter against the Seattle Seahawks during the NFC Divisional Playoff Game at Georgia Dome on January 13, 2013 in Atlanta, Georgia. (Phot

In a Tweet Wednesday, the 43-year-old Bryant wrote, "I was informed last night that the team was moving on from my services and that I would be released. “I want to say thank you to all (of) the fans that have stood with me and my family during our time here.”

Bryant went on to say that he does not plan on retiring yet.

The Falcons signed kicker Giorgio Tavecchio in August and then re-signed him in October to fill in for an injured Bryant. Tavecchio kicked in three games in 2018, going 5 for 5, including a career long 56 yarder against the New York Giants.