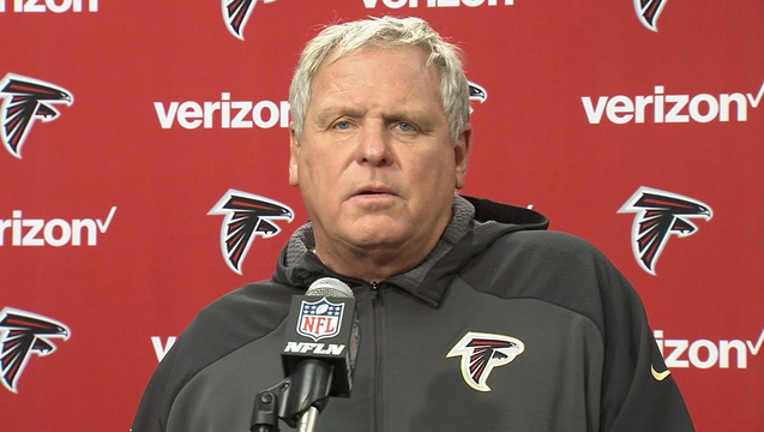 Smith may remain with the team in an advisory role. The Falcons are considering in-house candidates Marquand Manuel, Jerome Henderson and Jeff Ulbrich as potential replacements. Manuel is currently the defensive backs coach, Henderson is a defensive passing game coordinator and Ulbrich is the linebackers coach. Manuel interviewed for the Jacksonville Jaguars defensive coordinator position last season.

The defensive shake up comes a day after the team announced that Steve Sarkisian would take over as offensive coordinator for Kyle Shanahan. Shanahan was named head coach for the San Francisco 49ers earlier in the week.

Falcons’ quarterbacks coach Matt LaFleur is also expected to leave the team to become the Los Angeles Rams offensive coordinator. Atlanta is currently searching for his replacement as well.

The 61-year old Smith worked under Dan Quinn for two seasons. He previously worked as a linebackers coach for the Denver Broncos. The 48-year old Cox was with the Falcons for three seasons, and was one of the holdovers from Mike Smith’s staff when Quinn took over. Cox played for 12 years in the NFL

The football staff changes come after the Falcons gave up a 25-point lead in the second half against the New England Patriots in Super Bowl LI. Tom Brady and the Patriots scored 31 consecutive points to come back and win 34-28 in overtime. New England gained 546 yards and 37 first downs during the game.