ATLANTA - As the entire country looks to make COVID-19 tests reliable and readily available, the sports world seems to be waiting on testing access and availability before crafting their plans for resuming games.

"There is a general sense I think across the major leagues in America that testing will become readily available, and clearly that will be part of whatever we need to take that next step," he said.

However, whether that next step includes fans or not is unclear at this time.

"I think there's a lot of work to be done there," Eales said. "At this stage, it’s a moot point because we don’t know what the next steps are to come back yet."

Eales also said Major League Soccer "is still in the realm" of playing its entire season, but if this postponement continues into July, that then may affect the league's ability to fit the rest of the previously planned season in. 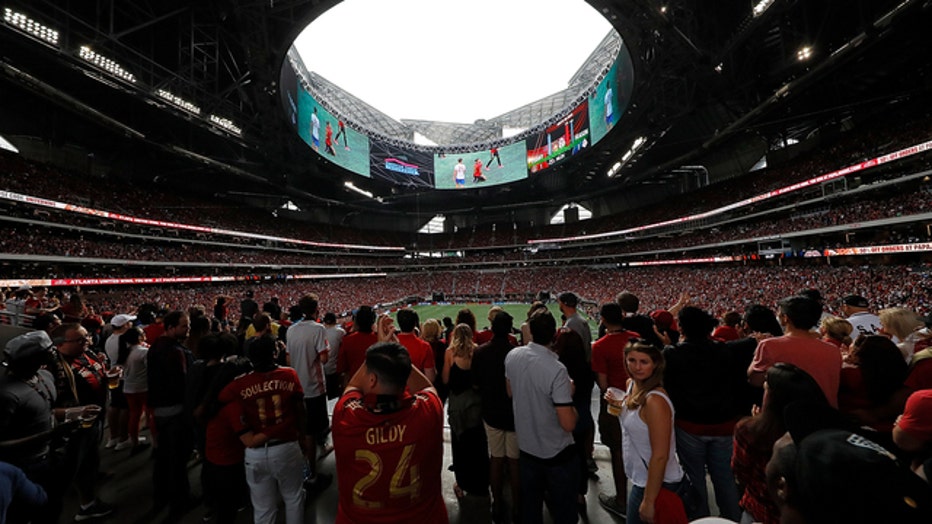 Fans watch a match between the Atlanta United and the Toronto FC at Mercedes-Benz Stadium on October 22, 2017 in Atlanta, Georgia. (Photo by Kevin C. Cox/Getty Images)

The Five Stripes resumed individual workouts on Wednesday, which "gave a glimmer of light at the end of the tunnel," according to Eales.

He said he expected MLS's league-wide moratorium on small group and full team training remains in place to at least Friday, May 15.

"If there is a chance, we know we’ll take it," but Eales said MLS won’t want to make any rash decisions about returning to full-squad training sessions.

The players all said even though their individual sessions were conducted from a distance from one another, it was great to see each other in real life rather than on their joint team Zoom video conferences.

"Very happy (to be back). They’ve taken very good measures at the club to take care of us and the staff also. As long as we’re being careful it’s perfect because we have families and we have to protect them. It’s a good start for everything that we’re going through, which is very difficult," Pity Martinez said. "In my case I had been training very well at home, but to be back on the field and see teammates is very gratifying and I think it’s good for us mentally. We hope this passes soon because here in the United States it is a complicated topic."

Jeff Larentowicz and George Campbell say it's great to see their teammates' faces again in real life -- even if it is from a safe social distance.

Eales said "it’s a player safety issue" that they have players train at the Atlanta United training grounds with health and safety protocols in place, rather than let them train individually in public parks or gyms elsewhere.