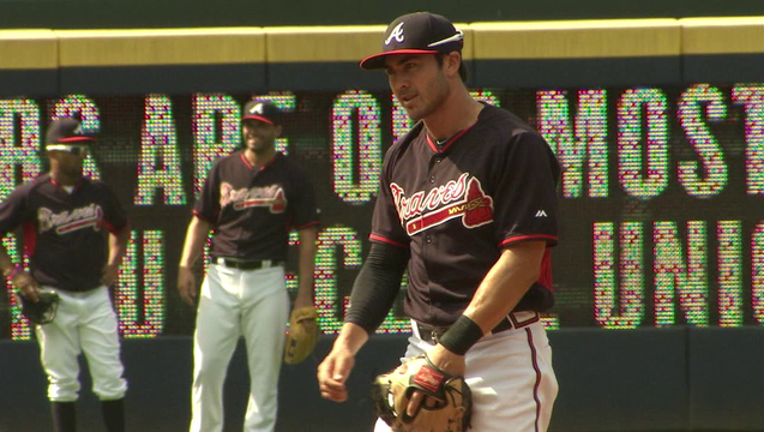 ATLANTA (AP) - Chase d'Arnaud singled with two outs in the ninth inning off Gonzalez Germen and the Atlanta Braves beat the Colorado Rockies 1-0 on Sunday to avoid a three-game sweep.

It was a rare home victory for the Braves, who are 14-36 at Turner Field and have baseball's worst overall record. Atlanta had lost four straight to Colorado.

Following dominant outings through the seventh by Braves ace Julio Teheran and Rockies starter Jon Gray, the Braves used four relievers and the Rockies one before Germen (2-1) gave up Ender Inciarte's leadoff single in the ninth.

Anthony Recker bunted over Inciarte, who advanced to third on a wild pitch and scored on d'Arnaud's liner to left field.

Jim Johnson (2-5) gave up one walk in two-thirds of an inning to get the win.

Teheran scattered three hits, walked one and struck out five, but pitching for the majors' weakest offense, the two-time All-Star remained winless with a 2.90 ERA in 11 home starts.

Teheran didn't allow a baserunner until Tony Walters singled in the fourth. That was all Colorado could muster until Charlie Blackmon singled with two outs in the sixth.

Daniel Delscaso was the third Rockie to get into scoring position with a double in the seventh. Cristhian Adames, the next batter, drew a four-pitch walk before Brandon Barnes grounded out.

Gray, who allowed five hits and three walks in a career-high 115 pitches, stranded two runners in the seventh with his fifth strikeout. The rookie had a 5.09 ERA in his last two starts on the road.

D'Arnaud went 3 for 5 with three singles.

Braves 1B Freddie Freeman, who had a cancerous mole removed from his upper back earlier in the week, struck out four times, stranded three runners and went 0 for 11 in series.

IN THE DIRT AGAIN

Teheran's wild pitch in the sixth was the Braves' ninth in the series. Atlanta leads the majors with 52 wild pitches.

Braves RHP Shae Simmons, sidelined by Tommy John surgery the last 1½ years, will throw a simulated game on Monday. "He's starting his progression back," interim manager Brian Snitker said. "It'll be an inning here and there and then go out and do a rehab again all over."