Condo owners will have rare view of races

This weekend's NASCAR events at Atlanta Motor Speedway won't have fans, except those who own condos on AMS property and their guests

HAMPTON - You've heard of having "the best seat in the house." How about having one of the only seats, and it just so happens to be ... in your house.

"There's a lot of people right now waiting by their phones, seeing if they're going to get a phone call from me," said Bill Whatley.

Whatley and his wife are the owners are some of the most prime racing real estate this side of pit road: a condo at Tara Place Condominiums at Atlanta Motor Speedway.

"When the cars are on track, the windows shaking when they come by, the roar of the engines ... it's just incredible," said Whatley. 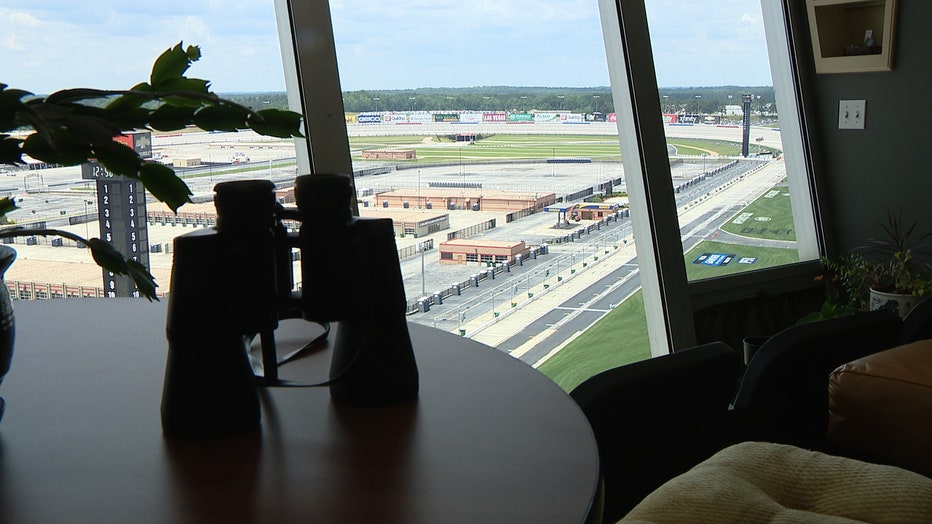 The building, which was first occupied in 1994, is located on Atlanta Motor Speedway property. The 46 units overlook the racetrack, many with stadium seating facing large windows that look out on the track

This year's race, however, will be very different. Because of COVID-19 concerns, only essential personnel are allowed at the track, so there will be no fans. The people in the condos are the only spectators allowed. Their attendance will be limited, however: only five people allowed per condo, including the occupants. In other years, condo owners are given five tickets, but can purchase up to 25 more.

Those that live on the top floor of the condo building, like the Coffey family, cannot go on their rooftop patios during the races. They decided to use their guest passes on family members of some of the drivers, who otherwise would not have been able to attend. Their son used to race with some drivers who now are on the NASCAR circuits.

"It's a pretty neat thing," said Doug Coffey. "Having us be able to view the race live when nobody else can."

The condo owners who spoke to FOX 5 said they are fine with the safety precautions. The toughest part is narrowing down what is now a very exclusive guest list.

"I have said something [about the races] to my nephew," said Whatley. "He goes, 'what do you want me to bring? Barbecue, chicken? Anything you want!'"