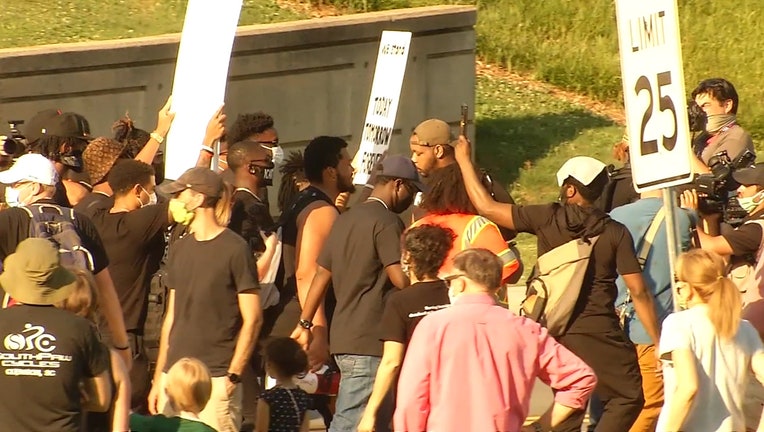 CLEMSON, S.C. - Members of the Clemson University football team led hundreds of demonstrators on the school's campus Saturday as they marched for equality and against police brutality.

The demonstration included a moment of silence for 8 minutes and 46 seconds, the length of time prosecutors say George Floyd, a 46-year-old black man, was pinned to the ground with his neck under a white Minneapolis police officer's knee before he died last month.

"This is a historic time, and a challenging time," head football coach Dabo Swinney told the crowd. "But as I tell my team all the time, challenge is what creates change. . Black lives more than matter -- black lives significantly matter and equally matter. For far too long that has not been the case for the black community."

The march came a day after Clemson trustees voted to rename its honors college, stripping from the program the name of former vice president and slavery proponent John C. Calhoun.

Calhoun, who was born in South Carolina, declared slavery a "positive good" on the U.S. Senate floor in 1837.

Before the administrators' vote, an online petition by students calling for the name to be changed drew more than 20,000 signatures. Clemson football alumni and one-time Houston Texans teammates DeAndre Hopkins and Deshaun Watson voiced support for the petition on social media.