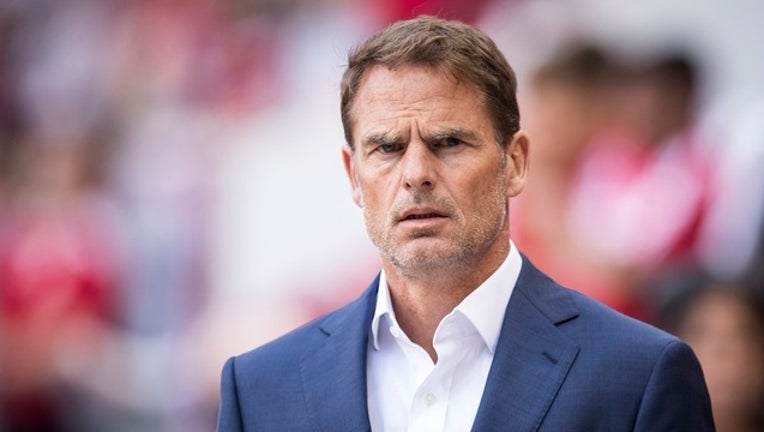 Head Coach Frank de Boer of Atlanta United at the start of the MLS match between Atlanta United FC and New York Red Bulls at Red Bull Arena on May 19 2019 in Harrison, NJ, USA. (Photo by Ira L. Black/Corbis via Getty Images)

In de Boer's native Netherlands, the Dutch have made a commitment to equal pay for its men's and women's squads.

"I think for me, it's ridiculous," de Boer he said in the article. "It's the same like tennis. If there are watching, for the World Cup final, 500 million people or something like that, and 100 million for a women's final, that's a difference. So it's not the same. And of course, they have to be paid what they deserve to [earn] and not less, just what they really deserve. If it's just as popular as the men, they will get it, because the income and the advertising will go into that. But it's not like that, so why do they have to earn the same? I think it's ridiculous. I don't understand that."

He said he is a proponent of equal pay in traditional lines of work, such as "for a bank or something."

"I think that (societal phenomenon has) also dropped a little bit into the sports world, like tennis and soccer," de Boer said. "But I think that's still different."

The topic has been heavily debated in the U.S., where the women's national team just won its fourth World Cup and has sued governing body U.S. Soccer on the grounds of gender discrimination.

Nielsen reported that 14.3 million tuned in to the women's World Cup championship game on linear television in the U.S. in July. Combined with online streaming viewership, 20 million watched the match on Fox Sports, which made it the most-watched soccer game ever on U.S. English-language TV since the women's final in 2015. In 2018, 11.4 million tuned in for the men's World Cup final between France and Croatia. The U.S. men's team had failed to qualify for the World Cup that year.