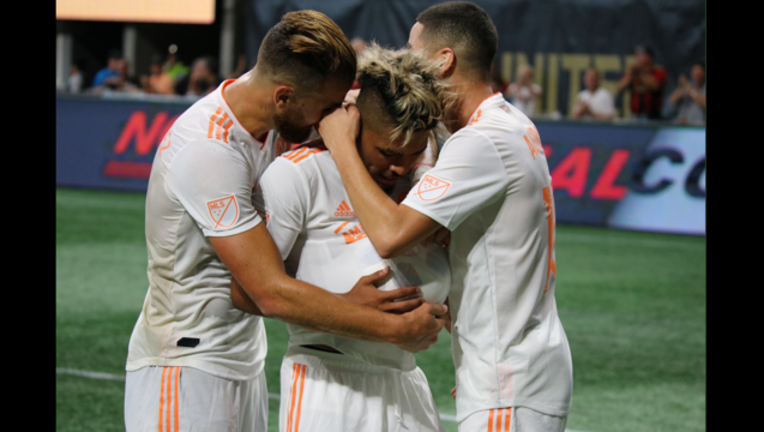 MARIETTA, Ga. (FOX 5 Atlanta) - One of the premiere goal scorers in Major League Soccer will be staying in Atlanta. Forward Josef Martinez signed a 5-year contract extension with Atlanta United, the team announced Wednesday morning. The deal will keep Martinez under contract though the 2023 season.

“This means a lot to me because of the affection that the fans have shown me, that the fans show all of the players. It’s unique,” Martinez said in a release from the team.. “They recognize the effort that you give and they know you did everything to win, and I think that’s why we love playing here. I have to thank everyone. My teammates, the city, my family and friends, because this is a dream I’ve always had."

Martinez was named most valuable player of the 2018 MLS All-Star Game, the regular season and the MLS Cup. He scored 31 goals last season, earning the Golden Boot for the league's top goal scorer, and breaking the MLS single season record which had stood at 27. Martinez added 4 goals in the playoffs as the Five Stripes went on to win the MLS Cup.

Atlanta United is in their first week of preseason training camp under new head coach Frank de Boer. Martinez is scheduled to meet with the media after Wednesday's training session.