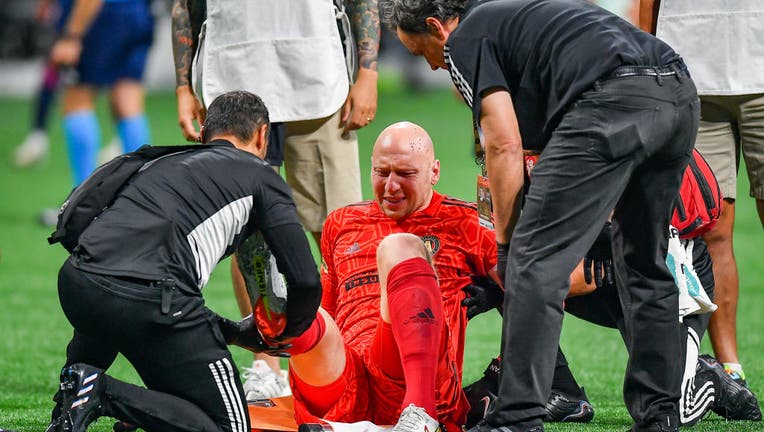 ATLANTA - Atlanta United announced on Monday Goalkeeper Brad Guzan will have surgery to repair a ruptured Achilles tendon in his right leg.

The 37-year-old goalkeeper fell without contact outside of Atlanta’s penalty area before he left Saturday's match against FC Cincinnati.

His surgery will be sometime this week. It means the likely end to his MLS season and the team hasn't provided a timetable for his return.

Guzan was replaced by Bobby Shuttleworth. The 34-year-old keeper has 221 starts in Major League Soccer. He wasn't tested by any shots on goal against Cincinnati, which was his first appearance for Atlanta Untied.