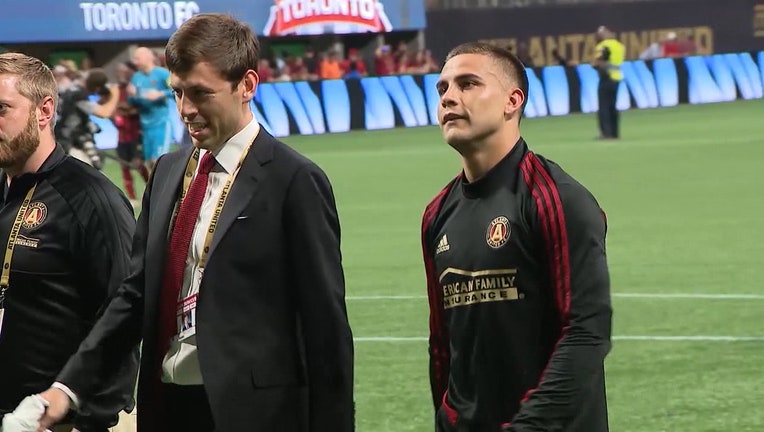 ATLANTA - Atlanta United has given up another key player from its MLS Cup team, selling popular midfielder Tito Villalba to Paraguay's Club Libertad on Friday.

The 25-year-old Argentian was United's first designated player and made an immediate impact in the expansion club's debut season in 2017. He started all 34 matches, tallying 13 goals and 11 assists.

His playing time diminished over the next two seasons, though he did score seven goals while making 21 starts in 2018 as Atlanta won the MLS Cup championship.

During an injury-plagued 2019 campaign, Villalba never seemed to click with new coach Frank de Boer. He scored just one goal in 20 appearances, including 10 starts.

Villalba was dealt to Club Libertad for an undisclosed transfer fee, following the departures of key players such as Julian Gressel, Darlington Nagbe and Leandro Gonzalez Pirez.

"We want to thank Tito for his contribution and service to the club over the last three years," Atlanta technical director Carlos Bocanegra said in a statement. "He did a lot for our club as our first designated player."