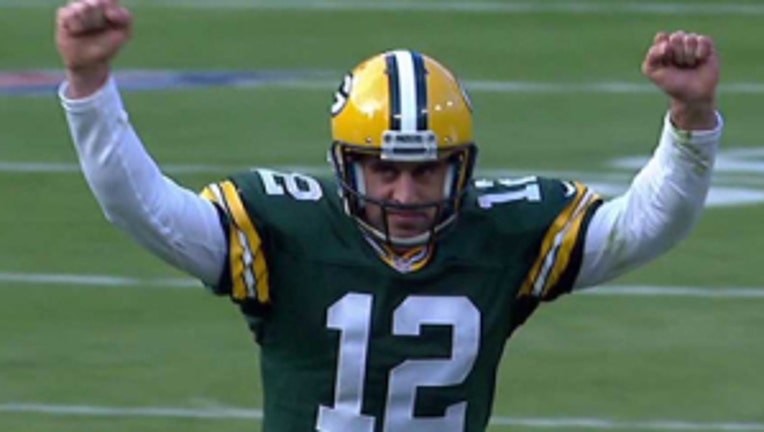 GREEN BAY, Wis. - With Aaron Rodgers trade rumors swirling, almost anything the Green Bay Packers superstar does off the field this offseason is going to be scrutinized.

Rumors about a potential trade between the Packers and the Denver Broncos involving Rodgers began to heat up when it was revealed on the "DNVR Podcast" that the reigning NFL MVP may have been golfing with John Elway – Denver’s president of football operations.

The two potentially playing golf together may not be a big deal since Elway is a two-time Super Bowl winner and was a star NFL quarterback like Rodgers. It’s also interesting to note that Elway also got his way when he wriggled himself out of the Baltimore Colts organization in 1983 to get a trade to the Broncos. The Colts selected Elway with the No. 1 pick but he made it clear he wasn’t going to play there.

The Broncos were also reported to be a possible destination for Rodgers if any trade were to come.

With reports of the supposed golf outing between the two out there, punter-turned-broadcaster Pat McAfee said on his show Thursday what he heard about Rodgers possibly golfing with Elway.

McAfee, citing an unnamed source, said Rodgers and Elway were at the same golf course but were in two different groups. He said the tee times for the two groups varied but there are spots on the golf course where they could have had some kind of "interaction." It wasn’t clear which golf course it was.

KOA Radio additionally threw cold water on the rumor Wednesday. According to that report, the two bumped into each other in February and "exchanged pleasantries."

Rodgers is going to be under the spotlight for some time – at least until the ordeal with the Packers organization is over. Rodgers has not publicly demanded a trade and has not spoken out against the top brass.

Around 170 kids from Erin Elementary in Hartford participated in the Packers Outreach Football Camp, which is part of the NFL’s Play 60 campaign.