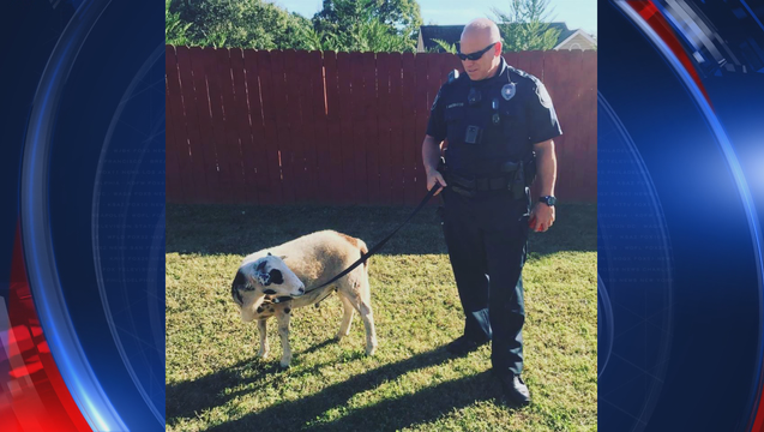 CANTON, Ga. - An animal has caused a lot of confusion in Canton.

Police got a report that two dogs were running around the neighborhood. When they arrived they found one dog... and a goat.

Police posted the picture to their Facebook page with the caption "You've goat to be kidding" explaining it was a little goat on the run.

But when they took the animal to the Cherokee County Animal Shelter, workers realized it was a sheep.

No matter what it is, it is at the shelter waiting for its owner.